To investigate clinical-paraclinical and pathogenetic comparisons in patients with acute disorders of cerebral circulation; optimize the treatment and prevention of relapse.

To study epidemiological, clinical and pathogenetic, neuropsychological features in patients with multiple sclerosis and develop methods of correction for cognitive and psycho-emotional disorders

The scientific and research work is an important part of the NMU departments activity. A peculiar feature of the department scientific interests is determined by its specific orientation (profile), which provides teaching of all the aspects and sections of common neurology. Within the department it is conducted scientific and research works on “Study of clinical progression peculiarities, functional recovery in patients with a stroke depending on the therapeutic treatment courses, as well as the development and introduction of modern methods of the treatment and secondary prevention” and “Study of clinical progression peculiarities and life quality of the patients with demyelinating diseases of a nervous system and the development of new approaches of their treatment”.

The results of studies were implemented in the development of numerous scientific developments and patent:

Grounded and proposed the effective treatment for multiple sclerosis according to the duration, extent and duration of disability stage of the disease and improving the quality of patient’s life. 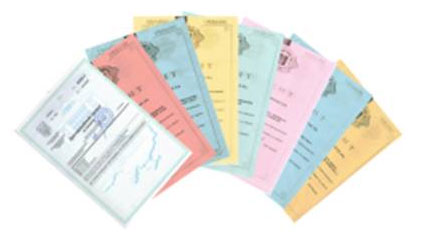 The department staff is actively engaged in scientific researches, confirmed by a great number of defended dissertations for the degree of doctor or candidate of medical sciences. As a result, only for the past 10 years at the department there were defended:

Publishing is an important element of the scientific work at the department.

For the last 10 years by the department staff published:

Since 2006 at the department it is published Ukrainian neurological journal, the chief editor of which is the department head, doctor of medical science, professor Larysa Ivanivna Sokolova.

The department staff actively participates in international conferences and projects demonstrating the results of their researches, acquainting with odern global trends in neurology and sharing the experience with foreign colleagues.