Participation of the department staff in international conferences

Polpharma Biologics Investigators Meeting for the PB006, 28-29 May 2019 Nice, France

Scientific conference «Problems and prospects in the treatment of cardiocerebral pathology» Uzbekistan, Tashkent Oral Presentation 15 May 2019

Polpharma Biologics Investigators Meeting for the PB006, 28-29 May 2019 Nice, France

International grants received by the employees

We know that science and one of its components – medicine, international, it has no boundaries and is property of all mankind. Therefore, international cooperation between scientists of different departments is an important prerequisite for scientific progress.

Scientific communication department of neurology with renowned European research centers – a tradition that continues throughout the 100-year period of the history department. The first head of department, professor M. Lapinskiy had initiated that important direction of department activity. After the medical faculty of the University of St. Vladimir, he’s in 1895-1896 held internship at the Berlin clinic “Charite”. Working in laboratories with F.Golz, Lunts, he studies a new branch of medicine – clinical electrophysiology, and also held internship in clinics known neurologists and psychiatrists of Germany: G.Lipmann, E.Kraepelin, W.Erb, H.Oppenheim. In emigration M. Lapinskiy in 1919 organized the department of neurology and psychiatry University of Zagreb (Croatia). His research have been published not only in Russia but also in leading medical journals in Germany and France.

Student of M. Lapinskiy, known academician B.Mankovskiy, neurologist who headed the department of neurology from 1922 to 1962, studied not only in Kiev University of St. Vladimir, but being in emigration, attended lectures in University of Leipzig, held internship in Paris P. Marie clinic – student of the famous neurologist J.-M. Charcot; worked in the laboratory of outstanding professor pathomorphologist C.Monakov in Zurich in Switzerland. Many scientific works of B. Mankovskiy for 1925-1935 years published in leading European medical journals.

In 80-ies members of the department of neurology, led by professor Yarosh, neurologists work closely with the medical faculty of the University of Debrecen (Hungary). One of the important direction scientific work employees of departments of the two countries was to study the epidemiology of multiple sclerosis in the western regions of Ukraine and Hungary.

The traditions of their predecessors and continues to successfully embodies the current generation of neurology, headed by MD, professor Sokolova L.. The department maintains close relations with the European Academy of Neurology (EAN), as one of the bases to undergo clinical internship in neurology (EAN Clinical Fellowship), the European Stroke Organization (ESO), the World Stroke Organization (WSO). Employees of the department (prof. L.Sokolova, prof. O.Myalovytska, prof. V. Melnyk, associate professor N. Turchina, associate professor K. Antonenko et al.) participate and make presentations at the World and European congress of Neurology (Berlin, Vienna, London, Istanbul, Copenhagen) of stroke and multiple sclerosis problems. In the past three years, made 22 reports of problems with the cardiovascular and nervous system demyelinating disease, published in foreign journals and 22 abstracts 13 original articles in refereed (peer reviewed) journals indexed scientific-metric database Web of Science or Scopus.

Young scientists of the department are fluent in English, modern computer technologies. Associate professor Antonenko K. in 2015 passed internship in neurological clinics in Italy and Austria.

Since 1965 at the department studied more than 2,000 students from among the nationals of 28 countries in Europe, Asia, Africa and Latin America.

The department of neurology is a base internship for Chinese doctors of Gansu Province (China).

Developing relations department of neurology with international research centers, employees of the department correlate their research with achievements of scientists in Europe and, of course, implement them in pedagogical process, medical practice. 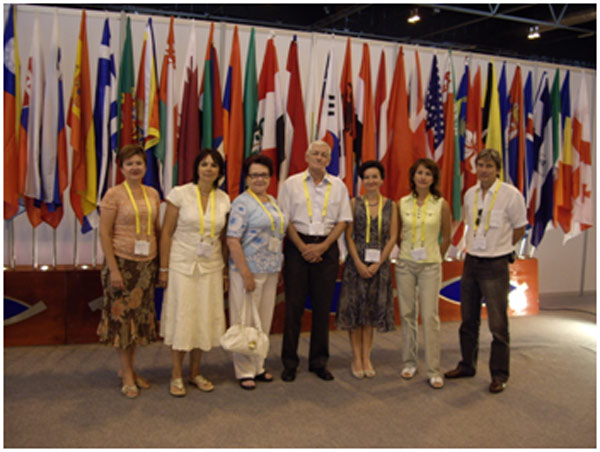 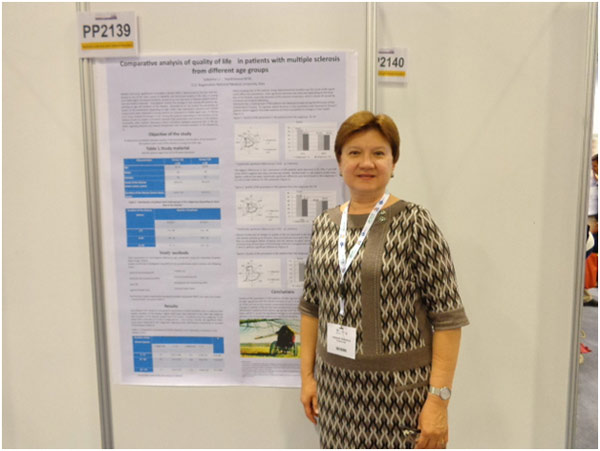 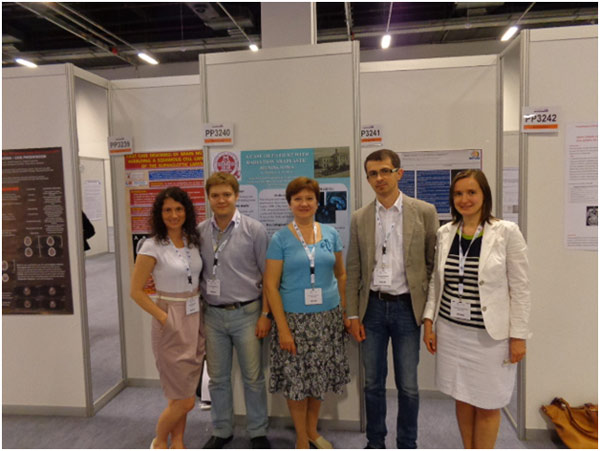 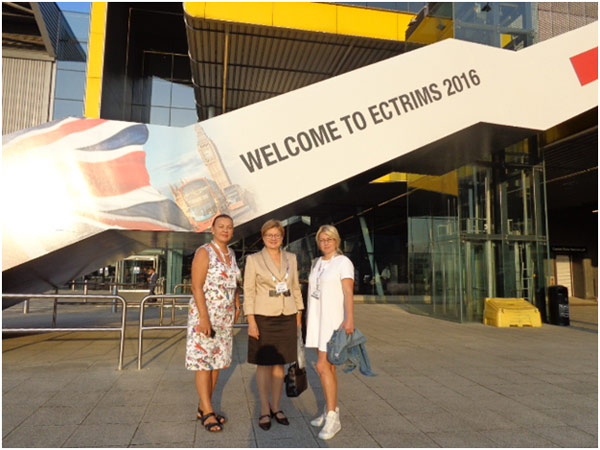 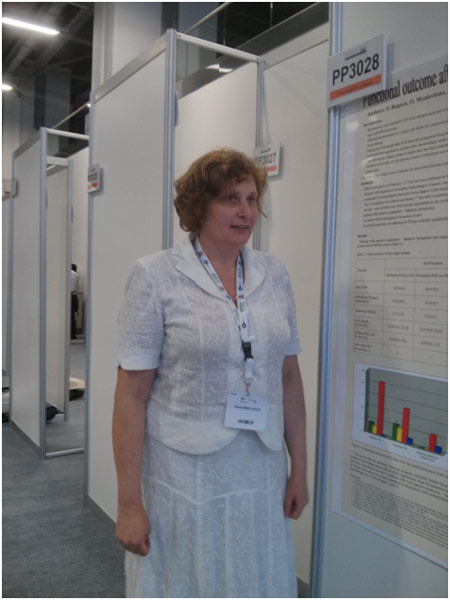 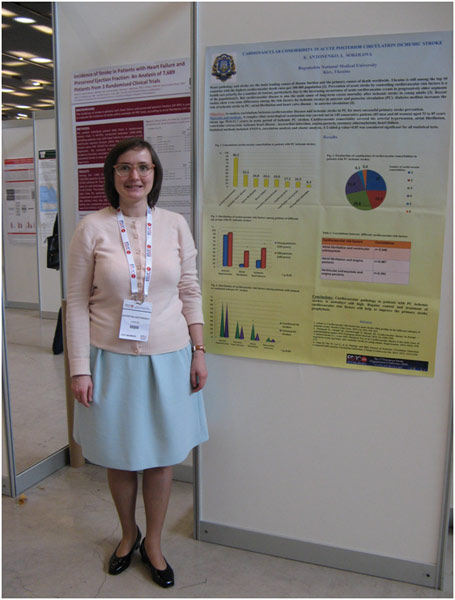 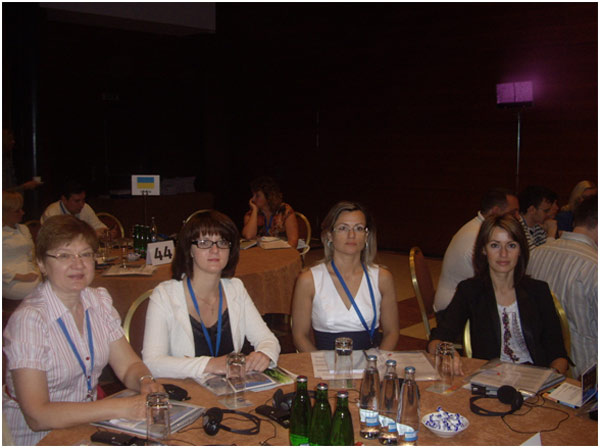 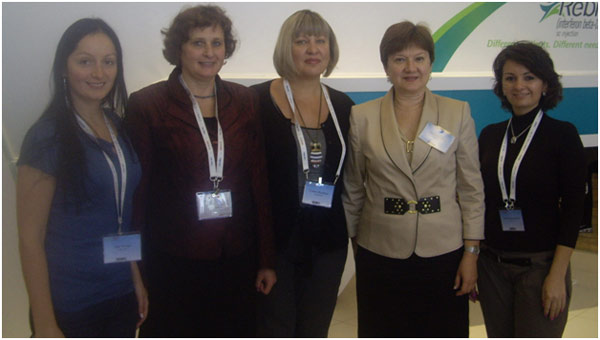 Employees of the department at the International Congress of Neurology (2012), Lyon, France. 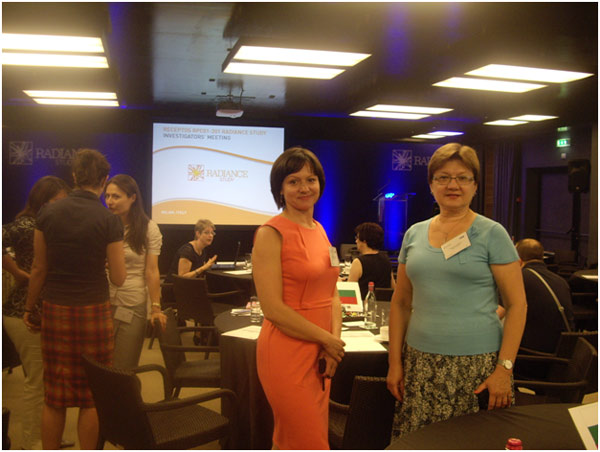 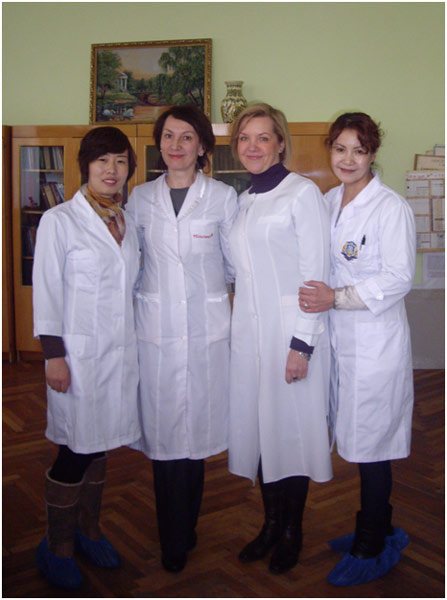