Department of Obstetrics and Gynecology №3

One of the most reputable institutions of higher education in Ukraine is Bogomolets National Medical University. Its contribution to the development of national science and culture is extremely important. The achievements of the University in the field of pedagogical and scientific activity development, training of scientific personnel, modern material base is a good result with which the University approaches its significant 180th anniversary. 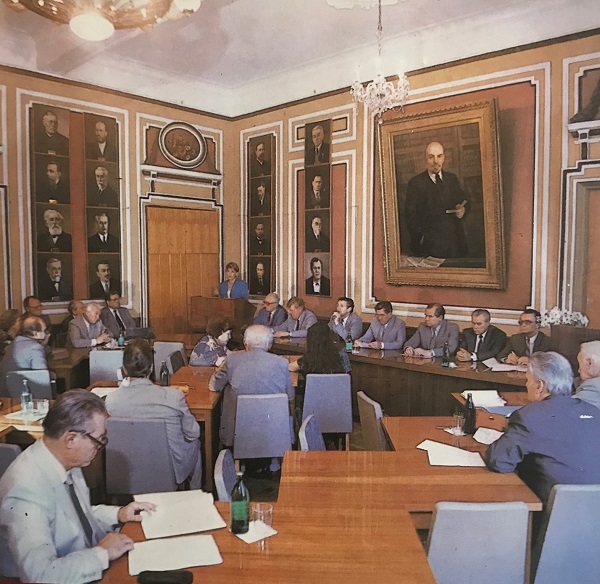 Following the traditions and achievements of the past, Bogomolets National Medical University has become a modern educational and scientific institution that allows to perform basic research, effectively teach students, use the latest methods of examination and treatment of patients.

The departments and clinics of the University have worldwide recognition, develop and enhance the heritage of outstanding scholars of the past and present. For almost 40 years, the Department of Obstetrics and Gynecology № 3 has been selflessly and enthusiastically contributing.

The merits in acquiring glorious traditions, professional and scientific experience, authority and respect among patients, students and colleagues belong to the whole staff of the department, headed by Doctor of Medical Sciences, Professor Vasyliy Beniuk.

The Department of Obstetrics and Gynecology №3 was founded in 1982; it was created by: Head of the Department, Professor V.J.Golota; Associate Professors G.K.Shkolny, T.M.Nikolaeva; Assistants G.I.Pedchenko, Y.O.Gordienko, K.M.Anfinogenova. From the very first days the staff of the department, started their advanced traditions in the organization and rational introduction of educational-methodical, scientific and medical-preventive work. In their research, they have put into practice both clinical and socio-medical problems. The inexhaustible energy potential of the department’s founders was passed on to the younger generations of employees and contributed to the growth of the department’s authority in Ukraine and abroad. 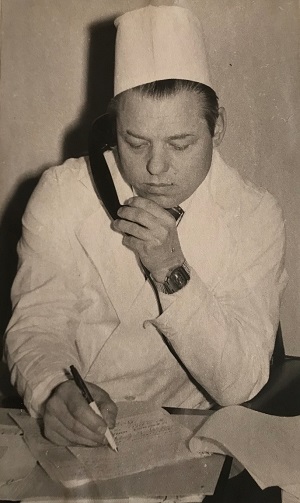 From the first years of its work the staff of the department showed an unlimited creative potential, a successful combination of pedagogical, scientific and organizational qualities, attaching equally attention to importance obstetric and gynecological problems. 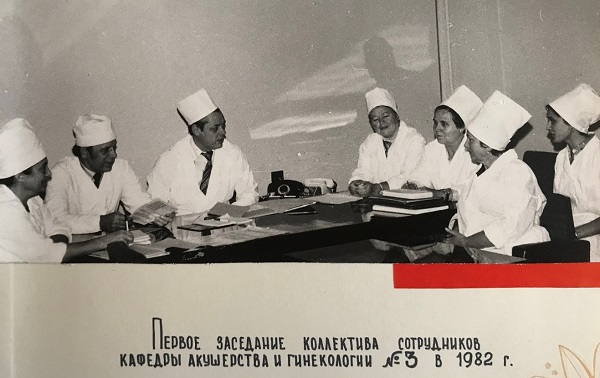 The staff of the department for the first time in the country developed the fundamental basics of tactics of conducting pregnant women under conditions of women’s consultation and hospital, modern measures on perinatal protection of the fetus and newborn, prevention of inflammatory complications in obstetrics and gynecology, basics of rational nutrition and pathology of vaginal pathology in modern conditions, which have not only domestic but also international recognition. 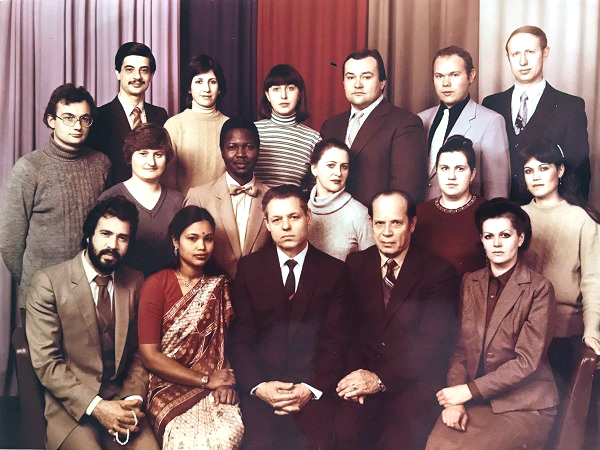 At the department the basic scientific directions of researches on problems of obstetrics and gynecology were formed, having as a basis a wide range of researches.

One of the important activities of the department is the study of pathogenetic mechanisms of late gestosis. Research conducted by Assistant Professor G.I. Makarenko determined the features of changes in water-salt and phosphorus-calcium metabolism caused the introduction of complex therapy of gestosis with the use of trace elements. Lysenko first showed the feasibility of using microdoses of ganglioblockers for the prevention and treatment of initial forms of preeclampsia. Further studies on the pathogenesis of late preeclampsia are presented in the doctoral thesis I.I.Ivanov “Features of calcium metabolism in late gestosis”, which is today the head of the Department of Obstetrics and Gynecology # 2 of the Crimean State Medical University named after S.I.Georgievsky. Nowadays, Associate Professor I.A.Usevich performs a doctoral dissertation on the study of features and nature of hemodynamic disorders in hypertensive syndrome.

The importance of the department is given to the peculiarities of pregnancy and delivery during placental insufficiency. So V.S.Radinsky based on biochemical and morphofunctional methods of diagnosis for the first time established the nature of disorders of the fetoplacental complex during pathological pregnancy and the main provisions outlined in the doctoral thesis “Features of the development of placental insufficiency in obstetric and extragenital pathology.” Today Professor V.S.Radinsky is the head of the Department of Obstetrics and Gynecology at the Peoples’ Friendship University of Russia. 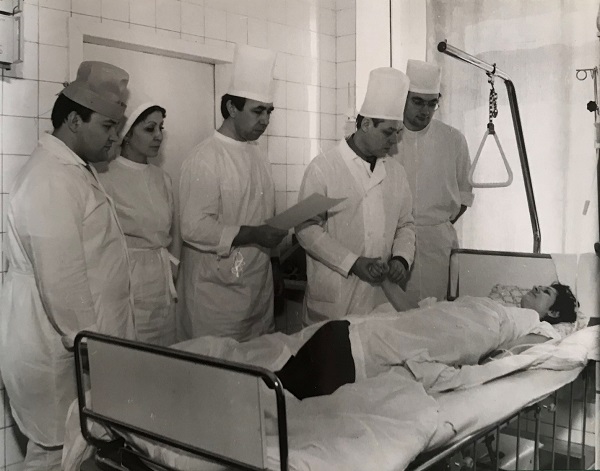 The department’s scientists have developed modern methods of managing pregnant women with extragenital diseases, which are presented in the candidate’s theses and are of fundamental importance in practical medicine. L.D. Moskalenko identified and implemented the main indications for conservative management of childbirth in acquired heart defects in age-bearing preterm births. V.O. Beniuk has developed modern methods of diagnosing homeostasis disorders and has introduced a comprehensive method of treating anemia of pregnant women with the use of tissue antihypoxants. O.A. Dindar for the first time based on scientific data substantiated and developed an oriented system of rational management of pregnancy and childbirth, as well as a complex of therapeutic and prophylactic measures aimed at correction of the revealed disorders of liver function and metabolic shifts in women after viral hepatitis.

Modern measures for antenatal fetal protection and prevention of perinatal complications during the pathological course of pregnancy have been developed and put into practice in 2000 with 4 Patents of Ukraine (V.Y. Golota, V.O. Benyuk). For the first time in Ukraine, a microclimatic camera was constructed at the department for the delivery of births for preterm infants and children with low weight (I.K. Melnyk). Complex pathogenetically grounded methods of treatment of pregnancy miscarriage in early gestation in pregnwant women of Chernobylzone with the use of carbulose and donor lymphocytes have been developed (O.I.Kurgan, A.M.Stukalova). The fundamental ultrasound and immunological studies conducted by the authors led to the introduction of modern methods of preclinical diagnostics and prediction of the risk of miscarriage, which has significant both medical and economic effect.

In the completed doctoral dissertation V.О. Benyuk “Prediction, diagnosis and prevention of perinatal pathology in pregnant women with prematurity” for the first time launched a new scientific direction to study the main pathogenetic mechanisms of development of perinatal pathology, due to the differentiated approach and methods of prevention of perinatal complications in pregnant women. The introduction of scientific research in this area into practical obstetrics has contributed to a significant reduction in perinatal losses.

The department attaches great importance to the combination of scientific research and practical implementation of rehabilitation measures. Thus, for the first time in the country, the department substantiates and practically implements the sanatorium stage of medical and rehabilitation events for pregnant women. Conducted at the Department of Research, Head of the Main Department of Health of Kyiv V.M. Didichenko “Organization of the system for reduction of prenatal mortality of premature infants in the conditions of a large industrial city”, the head of the department for pregnant sanatoriums “October” N.I. Tofan – “Prevention and treatment of hypertension of pregnant women under sanatorium conditions”, studies have shown the extremely important need to apply rehabilitation, sanatorium and resort measures for the prevention and treatment of pathological pregnancy. To date, the spa center for pregnant women based on the sanatorium “October” is very popular.

The department is the initiator of the development and implementation of new methods of prevention of unplanned pregnancy. T.A.Averina is for the first time in Ukraine scientifically substantiated and practically introduced a relatively simple method with a minimal adverse effect on a woman’s abortion at an early date, which is now widely used in practical gynecology. 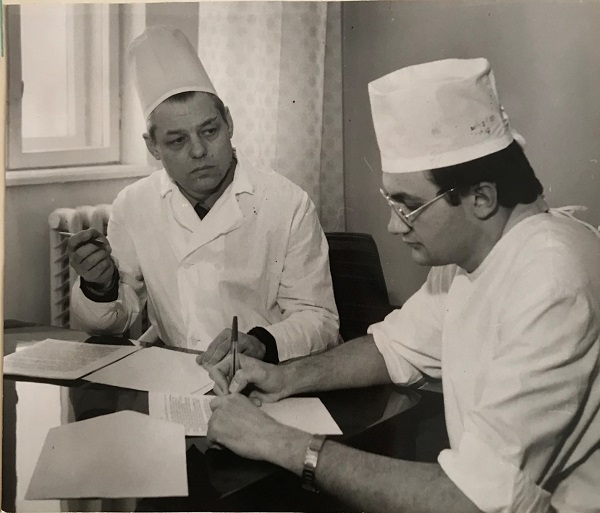 One of the leading scientific studies is the prevention of purulent-inflammatory diseases in obstetric and gynecological pathology. In the doctoral dissertation S.О. Ivaniuta has developed and implemented tactics for managing pregnant women with the risk of postpartum purulent-inflammatory diseases and fetal infection of the fetus. It should be noted that S.O. Ivaniuta has gone from senior laboratory assistant to professor. Associate Professor S.M. Melnikov worked on this problem., studying the nature of pregnancy, the state of the fetus and newborn, depending on the type of correction of isthmic-cervical insufficiency. Ph.D. Nikonyuk thesis is devoted to the study of the effect of purulent-inflammatory diseases of the female genital organs on the contractile activity of the uterus. The authors have developed a pathogenetic method for the treatment of weakness of childbirth with the use of desaminooxytocin on the background of gangleron. G.D.Salabayis important for the prevention of postoperative complications in gynecology using non-traditional methods.

Among the scientists of practical health care it is worth mentioning the important scientific works of O.P. Slonova on the prediction of birth defects in pregnant women, M.T. Gulik established the peculiarities of pregnancy and childbirth in women after undergoing caesarean section, and M.S. Gamisonia has developed modern methods of diagnosis and prevention of thromboembolic complications in the operative method of delivery.

A promising area of ​​research is to study the state of the autonomic nervous system, both pregnant and fetal, and their interaction with one another. This field is being developed by young scientific staff.

To date, the Department performs 3 doctoral and 9 PhD theses on the study and implementation of clinical means of antenatal fetal protection, prevention and treatment of perinatal complications in the pathological course of pregnancy, diagnosis of hemodynamic disorders in pregnant women with hypertension with pathology of hypertension , fetal and newborn status, psycho-emotional state in young and old preterm infants, methods of prognosis and treatment of progressive tubal pregnancy.

Scientific outlook, intuition and clinical experience of the staff of the department are reflected in the fundamental textbooks “Gynecology of infants and adolescents”, “Gynecology”, etc., practical monographs “Women’s consultation”, “Premature births”, “Emergency conditions in obstetrics and gynecology” “Outpatient care in gynecology”, which are board books both among scientists and practitioners. In recent years, 32 monographs, 3 textbooks, 26 copyright certificates have been released from the staff of the department, 18 patents for inventions have been obtained. 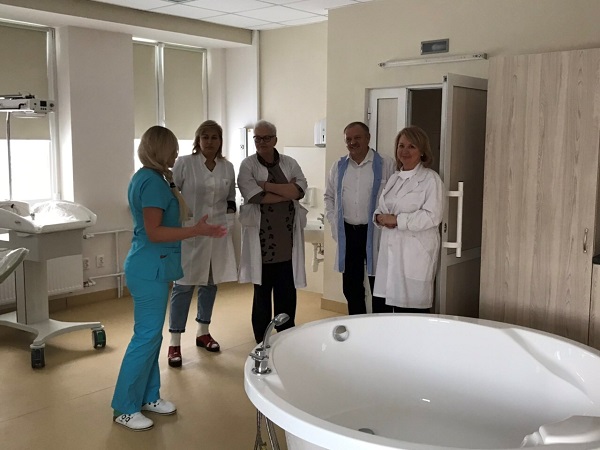 The base of the department is a modern maternity hospital in Kyiv, equipped with modern equipment and has 220 beds (120 obstetric, 100 gynecological, 90 for newborns) and Clinical Hospital “Theophany”. For educational purposes, maternity halls, manipulation, operating rooms, neonatal wards, clinical biochemical and bacteriological laboratories, etc. are used. The department’s achievement is the implementation of modern laparoscopic and ultrasound methods for the diagnosis and treatment of gynecological patients. The staff of the department conduct specialized counseling techniques in the conditions of women’s consultation: prevention and treatment of cancer of female genital organs, pathology of the cervix, miscarriage. 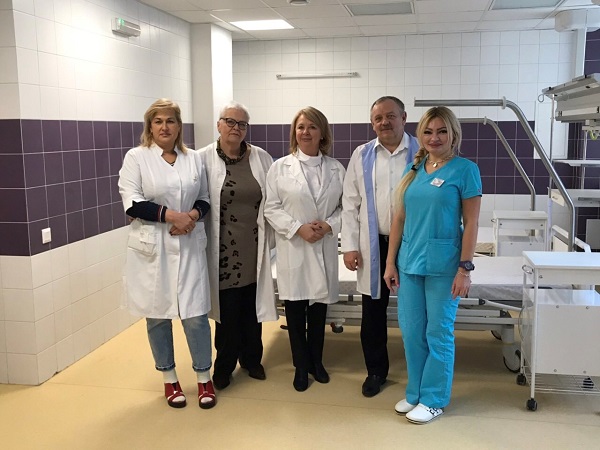 The staff of the department, under the direction of Professor V.O. Benyuk with perseverance, high responsibility and professionalism educate and train future doctors, conduct consultative and medical work in the maternity hospital, using new domestic and foreign scientific achievements. On their shoulders also lies the brunt of urgent medical care for women and babies in our hometown.