The first head of the Therapy Department of the Faculty of Dentistry was Doctor of Medical Sciences, Professor Vadym Ivanov – Honored Worker of Science of the USSR (1947), Academician of the Academy of Medical Sciences of the USSR (1953), Academician of the Academy of Sciences of the USSR (since 1957). Disciple of F.H. Yanovsky. Author of over 80 scientific papers on clinical and physiological studies of secretory and motor functions of the stomach and the problems of oncology. Laureate of the State Prize (1951) for the development and practical application of sectional lung fluorographic planigraphy. Head of the Ukrainian Republican Association of therapeutists, esteemed member of the All-Soviet Union Scientific Society of General Practitioners of the USSR, a representative of the Bureau of the Academic Medical Board of the Ministry of Health of the USSR. He established a therapeutic school. His disciples were: H.Y. Burchynsky, A.P. Peleshchuk, Y.L. Revutsky, M.F. Skopichenko and others.

Volodymyr Elberg – Doctor of Medical Sciences (since 1928), Professor. Theme of the doctoral thesis was “Materials about cholesterol metabolism”. The main scientific works are devoted to the study of the functional state of the liver, the clinic and diagnosis of rheumatic fever, mitral stenosis, thromboembolism, hypertension, and others. 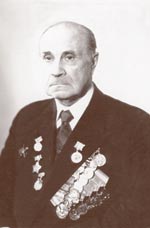 From 1953 to 1962 the Department was headed by Doctor of Medical Sciences (1960), Professor, Honored Worker of Science of the URSR Heorhiy Burchynsky. He was the first in the country who used the technique of endobronchial administration of antibiotics and bronchoscopic sanitation in patients with destructive lung disease. Area of his scientific interest included the study of peculiarities of peptic ulcer disease, including in military terms, the study of etiology, pathogenesis, ultrastructure, disorders of the neuroendocrine regulation and nervous trophic of gastric mucosa, and problems of pathogenetic therapy of peptic ulcer. He is the author of more than 100 scientific papers, including 4 monographs, and the editor of the textbook “Internal diseases”, which was awarded the State Prize of Ukraine in Science and Technology. 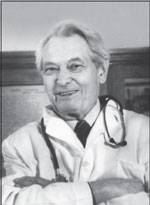 From 1971 to 2009 the Department was headed by Ivan Sakharchuk – Doctor of Medical Sciences, Professor, member of New York Academy of Sciences and Honored Worker of Higher School of Ukraine. During this period staff of the Department conducted fundamental studies of chronic pulmonary heart disease, chronic obstructive pulmonary disease (COPD) and heart failure. Principles of optimizing cardiotonic therapy with cardiac glycosides for chronic pulmonary heart disease and early stages of heart failure in patients with ischemic heart disease and COPD have been developed for the first time. Under the guidance of Professor I.I. Sakharchuk, 7 doctoral and 19 PhD theses were defended. He is the author of more than 300 publications, including 15 monographs, textbooks, directories, 32 methodical recommendations, 30 patents for inventions, and 42 innovative proposals

Since November 2009 till March 2011 duties of Acting Head of Department were performed by Doctor of Medical Sciences, Professor Petro Dudka. Under his leadership team of the department successfully completed work on the research topic “Comparative clinical and functional assessment of drug treatment and hypoxytherapy in providing membrane-protective effect in patients with chronic obstructive pulmonary disease”. The study of energy metabolism and electrical instability of the myocardium in patients with chronic and acute forms of chronic coronary artery disease, COPD and metabolic efficacy of drugs was prolongated. The efficacy of methabolic cytoprotectors in patients with acute myocardial infarction was also studied. 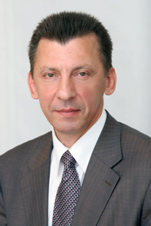 Under the guidance of Professor Oleg Iaremenko the number of clinical bases of the department has increased to seven, the range of scientific researches has expanded due to rheumatological and gastroenterological segments, the staff of the department has successfully completed the implementation of three initiative research works and research topic by state order «Improving the diagnosis, prognosis and treatment of systemic rheumatic diseases by studying the pathogenetic role of immunobiochemical markers of inflammation and vascular wall’s lesions», successfully defended 3 PhD theses. Currently, the implementation of the initiative research work “Features of the course and treatment of immuno-mediated inflammatory diseases depending on endogenous factors of development» continues (2017-2020 рр.). 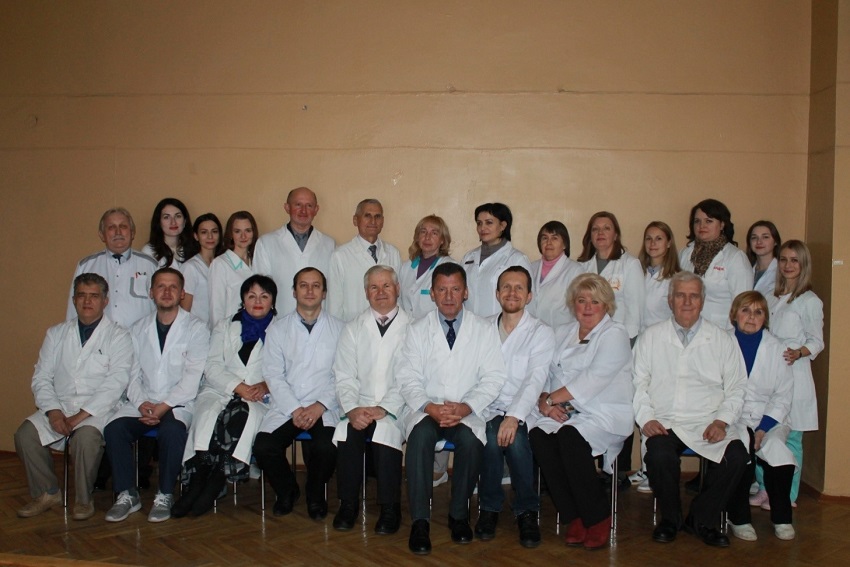