The Department of Morbid Pathology with General Pathology was founded in 1841 at the Medical Faculty of the Kiev St. Volodymyr University, where he taught ‘general pathology’ in 1841-1869. The department was headed by Professor of Descriptive Anatomy Mykola Kozlov (1814-1889), a pupil of the famous Russian surgeon M. Pirogov.

The scientific and teaching activities of M. Kozlov were remarked by universalism, while the morbid anatomy took an important place in his activities. He also taught pathology, pharmacology, pathological chemistry, history of medicine, he founded the morbid anatomy museum at the Kiev University. He was first to introduce in histochemical analysis for a deeper study of pathological processes. His scientific papers are devoted to anatomy and military medicine. He edited ‘Military medical journal’ for 30 years. In January 1854, Professor M. Kozlov was appointed vice-director of the Medical Department in St. Petersburg. 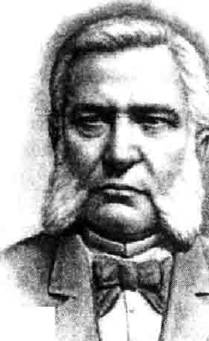 Famous anatomist O.Valter was an employee, and then the successor of M.Kozlov. His doctoral dissertation ‘On mechanism of clotted hair tangling. Microscopic Study’ (1845) was the first dissertation defended at the medical faculty of the Kiev University. Despite the fact that he gave the course of pathological anatomy only one year, Prof. O.Valter managed to achieve the improved financial condition of the department. In 1853, there was built the Anatomical theater designed by Beretti University architect), where there were taught normal anatomy, morbid anatomy and judicial medicine. Since 1854, the Department of Morbid Anatomy existed as an independent structural unit within the Medical Faculty of the Kiev St. Volodymyr University.

From October 1854 through 1874 the Department of Morbid Anatomy was chaired by famous pathologist and physician, MD Juliy (Ferdinand) Matson (1817-1885). He defended his doctoral dissertation ‘First the degree of the kidneys changes with Bright disease’ on May 15, 1850 in the Kyiv University, it became the first dissertation on morbid anatomy in Ukraine. His research papers were devoted to the study of the kidneys and the liver diseases, the study of morphological changes in the body during inflammation, as well as the clinical diagnostics and counter-epidemics measures (particularly, cholera).

Since 1858 Professor Ju.Matson initiated the systematic autopsy in the Military hospital, where he taught special pathology (1865-1866). He was the dean of the medical faculty (1868-1869), head of the Kyiv Society of Physicians (1871-1881). The foundation of Oleksandrivska Hospital (now – Central City Clinical Hosital) is closely related with his name; he was its director for 10 years. In addition, Ju.Matson was the founder of the first Ambulance point in Kiev and Vice-Chairman of the Red Cross. 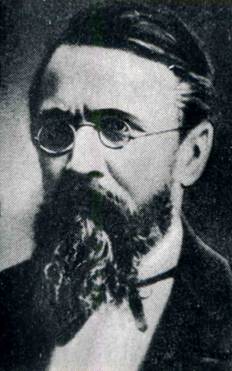 In 1876 the Head of Department was elected Famous Scientist Prof.
Grygoriy Minkh

(1835-1896). He defended his doctoral thesis ‘To theory on development of false membranes on serious surfaces’ on June 9, 1870 in the Moscow University.

In 1887, the Department of morbid Anatomy was reorganized in the Morbid Anatomy Institute of the St. Volodymyr University. The Institute staff was 10 scientists. DuringG.Minkh period the department has a new stage of its development: formation of original national schools and activities: 1) clinical and anatomical interpretation of pathological changes in the human body; 2) epidemiology and pathological morphology of plague, cholera, lepra; 3) patolohomorfolohichna casuistry; and 4) improvement of prosection.

G.Minkh’s outstanding scientific works include classic works on the study of plague and lepra. While studying anthrax, studying the mechanisms of transmission of typhus and relapsing typhus, he did self-infection with the blood of a patient with relapsing typhus and kept a detailed diary of his illness. The results of his scientific activity as pathologist, clinician and epidemiologist in the center of the plague outbreak in Astrakhan province were the fundamental monograph ‘Plague in Russia’. The results of the study of lepra in the Southern Russia, in Turkmenistan, Constantinople and Palestine were fundamental monograph “Lepra in the South of Russia’ (1884) and ‘History of Lepra in Tver oblast’ (1894), where for the first time lepra was called as contagious disease. G.Minkh was elected as honorary member of the Society of Lepra Prevention and member of the Commission for the lepra study in England. He published 75 scientific papers. In 1882-1887 he led the ‘Kyiv Society of Physicians’. 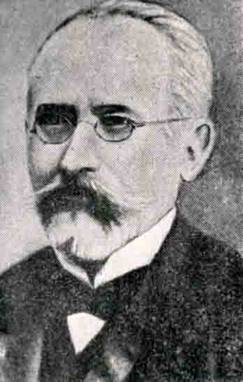 In 1896, the department was headed by Professor Volodymyr Vysokovych (1854-1912) – famous scientist, founder of experimental pathology and study of reticuloendothelial system, the author of over 90 scientific papers. He defended his doctoral dissertation ‘On blood vessels diseases in case of syphilis’ on May 31, 1882 at the Kharkov University.

In his experimental studies on inflammation problems, he described the mechanism of bacteria capture by the endothelium of blood vessels, their extraction from the blood flow and destroying. About this discovery the author told in his monogrpah ‘Veber die Schicksale der ins Blut injicirten Microorganismen in Korper der Warmbluter’ (‘Destiny of Microorganisms introduced intro animal blood’, 1886). These research results on experimental endocarditis were proved in many further works, especially in ‘To etiology of acute endocarditis’.

Professor .K Vysokovich founded the original school, the main scientific activities of which were: 1) development of morbid anatomy and pathogenesis of infectious diseases (plague, cholera, diphtheria), 2) organization of complex morphological, experimental and bacteriological research methods in pathology, and 3) study of problem of malignant growth (cancer, sarcoma), invasive processes (actinomycosis), lipid metabolism. However, he was one of the founders of the Society of Prevention of Infectious Diseases and founder of the Kiev Bacteriological Institute (1896) and organizer of the courses for advanced training of doctors and foundation of Pathologic Anatomy Higher Courses for Women (1907). V.Vysokovich, as a pathologist and infectious disease epidemiologist, took an active part in the elimination of foci of plague in India, Astrakhan province, Batumi, the Far East and in Odessa in 1896, conducted activities on prevention of outbreaks in the theater of operations during the Russian-Japanese War (1904), cholera outbreak in Kiev (1908). 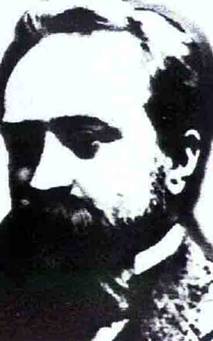 Since 1912 the Department was chaired by Prof. Volodymyr Konstantynovych (1872-1920); he was the Department head in 1913-1920. He defended his Doctoral Thesis ‘To issue of lipid regeneration. Physiological Body Fat Deposition of Different Vertebrate Animals’ in June 1903 at the Kyiv University.

The Department paid much attention to the teaching of pathological anatomy, scientific studies on the pathogenesis and morbid anatomy of dystrophies, inflammation, tuberculosis and rhinoscleroma. Among the most famous scientific papers: “To a question about formation of hyaline balls at rhinoscleroma’ (1904). 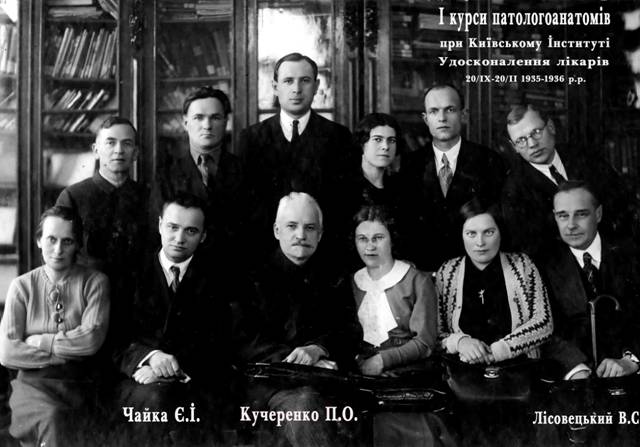 In 1922 the Department was chaired by Pavlo Kucherenko (1882 – 1936). He defended his doctoral thesis ‘To issue of glycogen deposition in the kidney in case of sugar polyuria (Deposition of glycogen and polysaccharides in the kidney at different experimental conditions)’ in April 1918. The scientific activities of the department concerned the study of the endocrine system pathology, oncology, rhinoscleroma; the staff researched foci of endemic goiter in Ukraine. P.Kucherenko is the author of over 70 scientific papers. In his scientific studies, the also used morphological, micro-chemical, capillary-chemical and physico-chemical methods. One doctoral thesis was written in the Morbid Anatomy Institute. 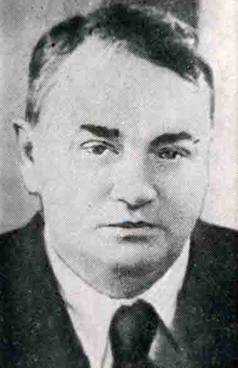 Since 1939, Prof. Yevgen Chayka (1902-1976), Pathologist, Teacher, Scientist, Honored Scientist of the Ukrainian SSR, chaired the Department for 30 years. He defended his doctoral thesis ‘Connective Tissue Heart Anatomy and its Importance in Pathology’ in February 1941 in the first Kyiv Medical Institute. He developed in cooperation with O.O.Bohomolets and M.Strajesko the study on physiological system of connective tissue.

During the Great Patriotic War the Department was evacuated to Chelyabinsk, where in the shortest possible time it deployed its activities in medical staff training. During this period, the department developed scientific issues devoted to studying the problem of sepsis, nutritional dystrophies and infections. The department specialists participated in military operations (K.Tantsyura, V.Byalyk, Yu.Kozachuk).

During the post-war period, the main scientific activities of the department staff were the study of pathology of connective tissue and histohematogenous barriers of internal organs in case of cardiovascular diseases, infections, surgical pathology, in the 50s – they studied the reactive changes in the peripheral nervous system, the problem of the tumors growth, pathology of the kidneys and the gastrointestinal tract. Ye.Chayka supervised 7 doctoral and 20 master’s theses.

He was prorector of the Kyiv Medical Institute for Academic and Scientific Activities, Member of Scientific Council of the Health Ministry of the Ukrainian SSR. For many years of activities he was awarded with Lenin Order, Order of Labour Red Flag, Red Star and medals. 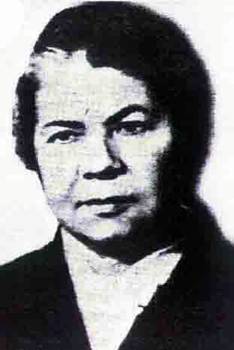 In 1970-1990, the department was chaired by Prof. Oleksandra Kyselyova (1918 – 1995), Honored Scientist of the Ukrainian SSR; before this appointment she was the dean of Stomatological Faculty (1955-1957), Prorector for Academic activities (1960-1967). She defended her doctoral thesis ‘Changes of intramural nervous heart elements in case of hypertension’ in May 1955 in the Kyiv O.O.Bohomolets Medical Institute.

The department staff: Prof. O.Kyselyova, A.P. K.Tantsyura, O.Kucher; Assistants Yu.Kozachuk, M.Khominska, K.Bohomolets, V.Blagodarov. The Department comprehensively studied the patterns of structural changes and the pathogenesis of pathological processes in organs and tissues in case of ischemic heart disease and justification of its pharmacological correction. On the basis of current achievements histochemistry, histoenzymology, electron microscopy and morphometry there were formulated the prospect studies of the cardiovascular system, hepatology, gastroenterology, renal pathology. Professor O.Kyselyova is famous for her researches in functional morphology and pathogenesis of cardiovascular diseases – atherosclerosis, hypertension, ischemic heart disease, pulmonary hypertension and connective tissue diseases, as well as pathology of peripheral nervous system. The findings are summarized in her monographs ‘Nephrosclerosis’, ‘Ultrastructural changes in renal hydronephrosis’, ‘Pulmonary Heart’ and scientific articles. During this period, doctoral and master’s theses were defended at the Department. 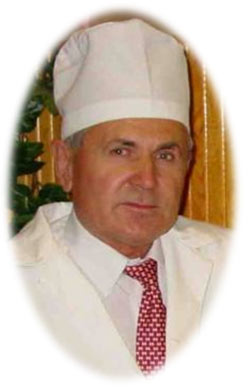 From 1990 till 2013 the Department had been chaired by Prof. Volodymyr Blagodarov, a pupil of Prof. Ye.Chayka, MD, Member of International Academy of Pathology (U.S.). His main scientific research activities were scientific justification of objective criteria of diagnostics and morphology of different pathological processes in case of cardio-vascular diseases, pathology of respiratory system, gastrointestinal tract, genitourinary system, etc. On the basis of these data the original versions of computer programs of educational controlling type for enhancement of efficiency of academic methodological activities were developed. The results of research work are implemented in the academic activities and form the basis of particular educational publications.

From 2014 till 2016 pathology department was chaired by professor Tereschenko Valentyna. 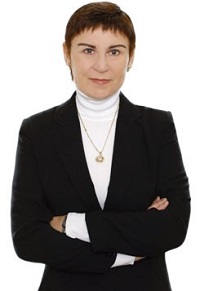 From 2016 till 2020 pathology department was chaired by professor Zakhartseva Liubov. 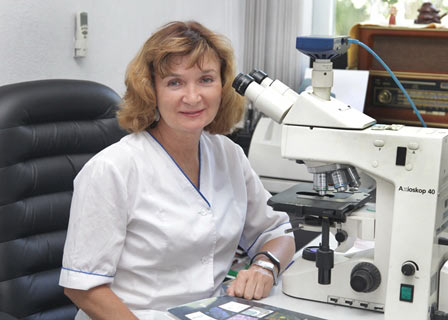 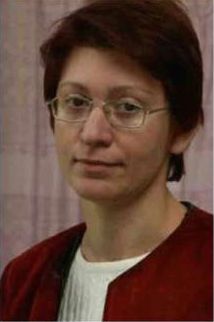