Department of Hygiene and Ecology №1

Hygiene teaching in Kiev has begun at the medical faculty of St . Volodymyr University (now National University of the Ukraine) at department of State doctor knowledge together with medical law and forensic medicine in 1842 year. Professor of Vienna’s Medical Academy Ivan Leonov was appointed to be the first head of the department in January of 1842 year. He remained at this position until 1853 year.

To the Council of St . Volodymyr University belongs initiative of first in Europe official decision dated 15 th of October 1864 year about foundation of separate department of hygiene. The initiative came from professor A. Walther. The decision was backed up by Moscow, Kharkiv, Kazan Universities and St. Petersburg’s Medicine and Surgery Academy.

The decision about foundation of separate department of hygiene in St . Volodymyr University was approved by Ministry of public education in 1865 year.

In 1871 year the department of medical faculty of St . Volodymyr University under the name “department of hygiene, medical policy, medical geography and statistics” was established. This first hygienic department in future will become the basis for foundation of a number of following departments of O.O. Bogomolets National Medical University of the Ukraine, namely:

HEADS OF THE DEPARTMENT OF HYGIENE AND ECOLOGY

Most of his scientific activity was dedicated to the problems of hygiene of water supply and sewerage, water quality, hygiene of settlements, nutrition hygiene, methodology of hygiene training. V.A. Subbotin has founded the first hygiene laboratory in the Ukraine. Since 1875 year he implemented experimental methods of research. Professor Subbotin was the head of department in 1871-1893 year and has published more than 40 scientific papers, among which there is the first Ukrainian textbook on hygiene.

Professor Orlov has published the “Textbook on hygiene and medical policy” in 1905 year. This book, containing the material on the main methods of hygienic research, had become one of the major educational papers on the subject at that time. Professor Orlov introduced the practical hygiene lessons as the obligatory component of teaching. He organized the tour classes acquainting students with Kyiv’s sanitary establishments.

He was the first to organize regular sanitary control of Kyiv’ s river aqueduct.

In 1903 year on the basis of the department was organized course of epidemiology and sanitary statistics for 4-5 year students, which was conducting by O.V. Korchak-Chepurkivskiy. This course had laid the basis for social and occupational hygiene and epidemiology.

O.V. Korchak-Chepurkivskiy became the member of Ukrainian Academy of Science since in 1921 year, professor since 1918 year, doctor of medical science since 1898 year. He headed the department in 1918-1923 years and was the Minister of Public Health of the Ukraine in 1918-19 years. He is considered the founder of social hygiene in the Ukraine. Researches of O.V. Korchak-Chepurkivskiy was mainly focused on social hygiene, epidemiology and hygiene of settlements.

At the suggestion of V . D . Orlov the course of epidemiology and sanitary policy , dedicated to the practice of sanitary and hygienic activities of medical staff, was established in 1906 year. I.P. Skvortsov was the head of this course.

Doctor of medical science, professor, head of the department of general hygiene of St. Volodymyr University and Kyiv Medical Institute (KMI) in 1914-1922 years and in 1932-1941 years, head of the departmental school of hygiene at KMI in 1944-1946 years. K.E. Dobrovolsky was the first to use the titre of Escherichia coli as the water pollution index. He also was one of the first to point out the possibility of ozone usage for water disinfection .

Doctor of medical science, professor, presiding member of medical section of Ukrainian Academy of Science, head of department of general hygiene at KMI in 1923-1929 years. Professor Udovenko’s main researches were on hygiene of country life, hygienic aspects of building materials and residential construction in the Ukraine. He has designed the method of assessment of ventilation properties of building materials. V.V. Udovenko organized the Ukrainian language teaching at the KMI. His experience in teaching of preventive medicine at KMI was widely appreciated throughout the USSR.

Doctor of medical science, professor F.A. Bashtan headed the department in 1929-1932 years, advanced to the Soviet Institute of Municipal Hygiene (Moscow) in 1933-1941 years, in 1941-1946 years he headed the department of hygiene at the Stalinabad Medical Institute (now Dushanbe, Tajikistan), in 1946-1960 years he held the same position at the Chernivtsi Medical Institute. His researches were focused on hygiene of water supply and sewerage, residential conditions and nutrition. F.A. Bashtan published 73 scientific papers.

P.I. Barannyk’s fundamental research culminated in the doctoral dissertation ‘Dnipro’s river water purification by coagulation’, which laid the grounds for drinking water purification technology used in the Ukraine and USSR. Professor Barannyk published over 70 scientific papers, first Ukrainian language textbooks on hygiene are among them.

Main focus of P . I . Barannyk ’ s researches were water supply and sewerage , he also had interest in hygiene of settlements . He has supervised 35 dissertations.

Doctor of medical science, professor, head of the general hygiene department at the NMU in 1981-1986 years.

Professor Omelianets is the author of more than 130 scientific papers on special methods of water purification, radiation hygiene, life support in hermetic rooms.

Doctor of medical science, professor, acting head of the department in 1979-1981 years and in 1986-1987 years. Main researches of G.P. Stepanenko are dedicated to the methods of water processing in centralized water supply systems, namely fluoridation to prevent caries, hygienic assessment of new methods of water conditioning technologies in closed ecological systems. Professor Stepanenko has published more than 185 papers , and is the co – author of 8 textbooks . 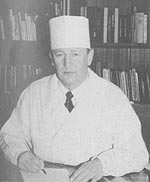 Doctor of medical science , professor, corresponding member of National Academy of Medical Sciences of the Ukraine, laureate of State Prize of the Ukraine, Honoured Science and Technology Worker of the Ukraine , head of the department since 1987 year and currently. Preventive medicine faculty dean in 1990-1992 years, director of Kyiv branch of “Ecohygiene” corporation of Academy of Medical Sciences of USSR in 1989-1995 years, vice-rector of the University in 1993-1995 years, vice-rector on paid services in 1999-2003 years, director of science and laboratory centre on hygiene since 1998 year, director of Institute of Hygiene and Ecology since 2005 year.

V . G . Bardov is the author of more than 960 scientific papers , among which 42 textbooks and 18 monographs. He has designed more than 2500 hygienic norms and regulations, has 8 patents for inventions. Professor Bardov has supervised 6 doctoral and 22 PhD theses.

MAIN DIRECTIONS OF THE RESEARCH AT THE DEPARTMENT :

– studying of health of Ukrainian population depending on the environmental conditions;

– study of metabolism and biological action of micro – and macroelements , their hygienic significance ;

– usage of UV radiation for prevention of negative environmental influence on human health and of cardiovascular diseases;

– hygienic assessment of Ukraine climate and weather influence on cardiovascular and lung diseases;

– hygienic substantiation of methods of cardiovascular and lung disease prevention ;

– toxicological and hygienic assessment of new elastic materials , gums , dyes , plastics and goods , made of them .