The main directions of surgical work done in the department of Pediatric Surgery are diagnostics and correction of wide range congenital anomalies and pathologies of respiratory tract, digestive tract, developmental disorders and diseases of the musculoskeletal system, parenchymatic organs, vascular malformations. Highly lethal congenital malformations of newborns, which have a high proportion in infant mortality, are operated. The staff of the department of pediatric surgery has vast experience in correction of congenital malformations and diseases of the respiratory system and gastrointestinal tract in an open and endoscopic way.   Most of the pathologies are operated using the organ preserving principle.

CORRECTION WITH USE OF CARDIOPULMONARY BYPASS 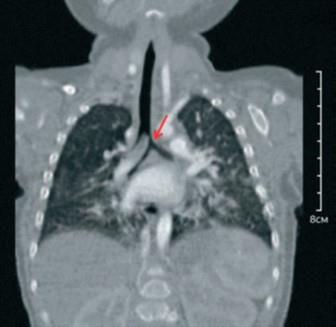 Department of pediatric surgery is the base as leading centers for the treatment of esophageal stenosis. Endoscopic methods of esophageal recanalization are widely implemented in practice. Modern variants of organ preserving technique for esophagus plastics, including their own development, have been proposed and widely used in its pathology of congenital and acquired genesis. Thoracic and laparoscopic methods of correction of malformations and diseases of the esophagus are widely used.

The employees of the department are innovators of colorectal pediatric surgery. Treatment options (using laparoscopic methods) for different forms of Hirschsprung’s disease have been proposed and implemented, and diagnostics of functional disorders in colostasis has been improved. The reconstructive and plastic operations at extensive resections of a colon are developed. 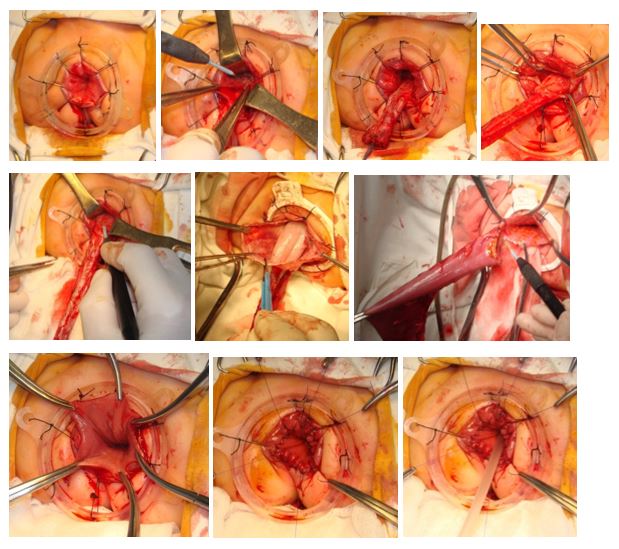 The staff developed methods of segmental organ preserving operations in diseases of the spleen, suggested effective methods of treatment of cystic lesions of parenchymatic organs of the abdominal cavity, using miniinvasive and laparoscopic techniques.

The department of Pediatric Surgery is the leading center for surgical treatment of digestive tract bleeding in Ukraine, and the only one that provides full assistance to patients with portal hypertension. For children with this pathology, modern endoscopic treatments and shunting surgery options are used. 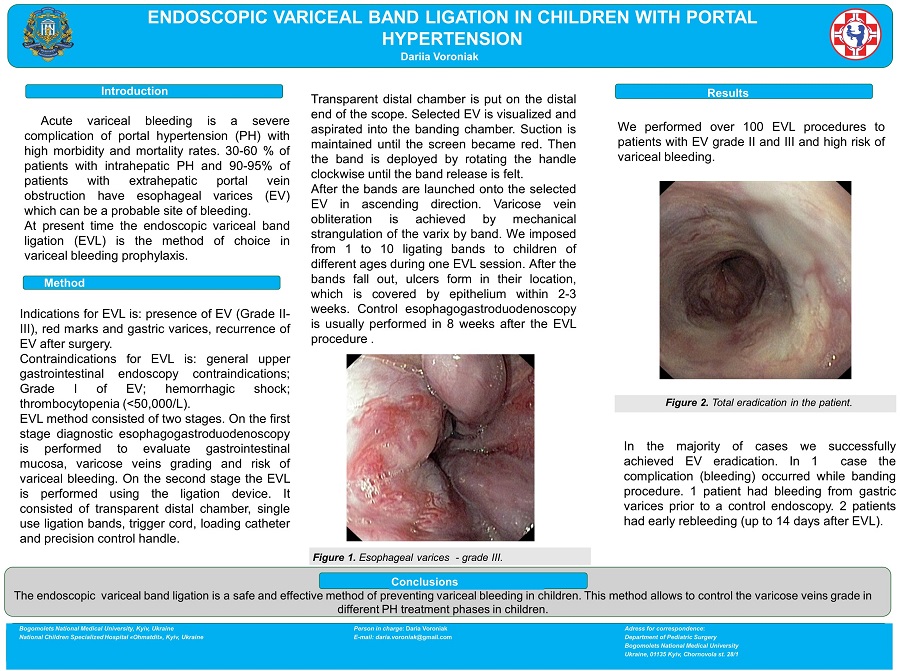 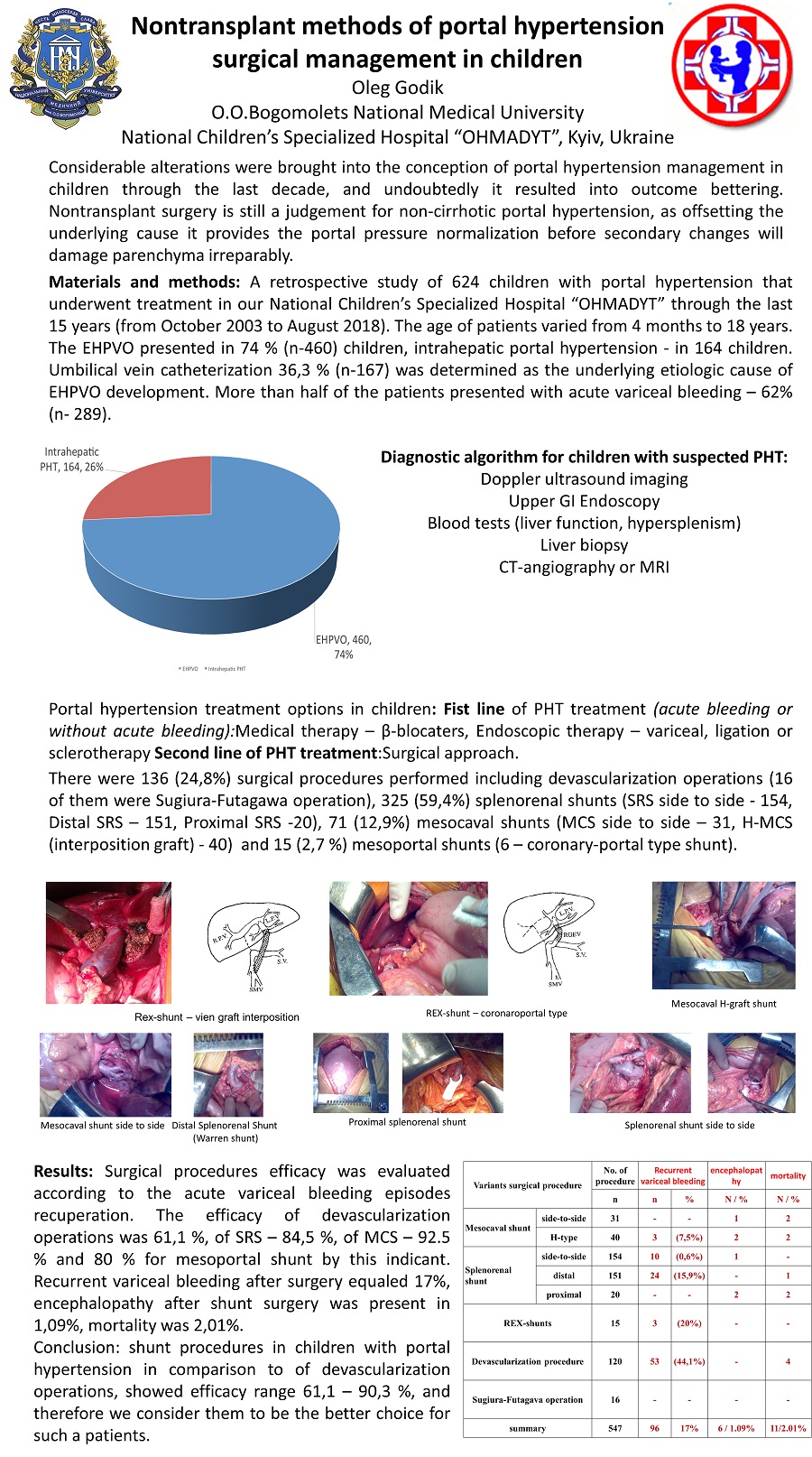 The Department of Pediatric Surgery is the leading center for the correction of scoliosis and deformity of the chest (funnel chest, pigeon chest) in Ukraine. Thoracoscopic techniques are widely used in correction.

More than 45 operations are performed every year for severe spinal deformities  (congenital and idiopatic) in children. All methods of treatment (surgical, minimally invasive, “growing” constructions, conservative) are used.

Girl T., Congenital scoliosis . Neurofibromatosis.. A – before treatment, B – 1 year after treatment. 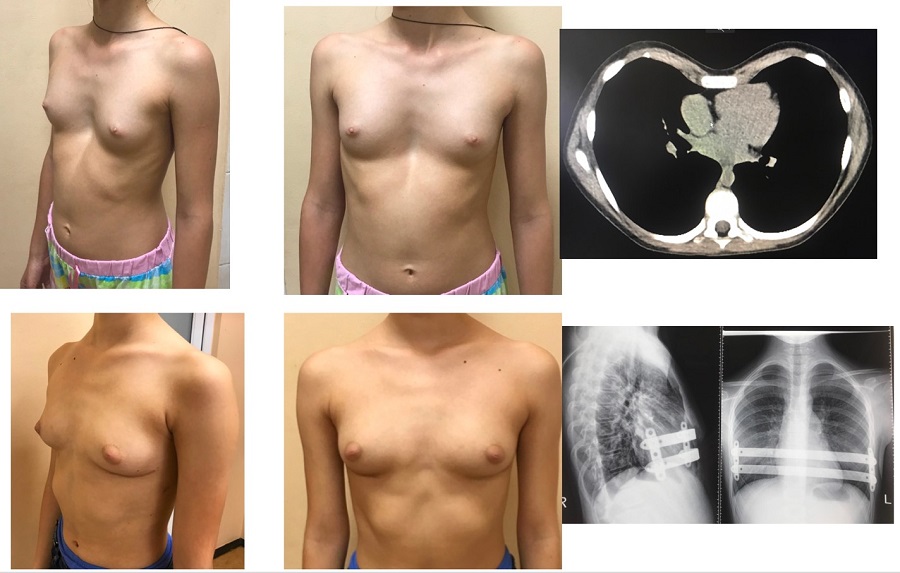 More than 50 operations are performed every year for chest deformity in children. All methods of treatment (surgical, minimally invasive, conservative) are used.

Patients from all over the country with vascular abnormalities (vascular tumors and malformations) are treated at of the department of pediatric surgery. All modern methods of treatment (surgical, endovascular, sclerotherapy, conservative) are used. 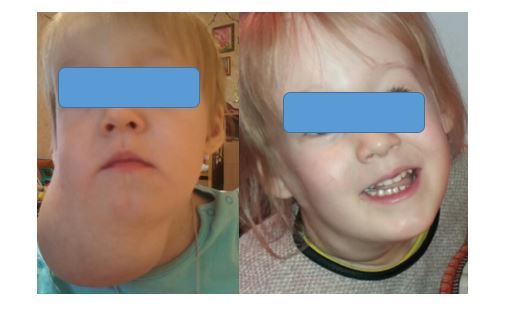 Girl F., cystic lymphatic malformation of head and neck. A – before treatment, B – 2 years after staged treatment.