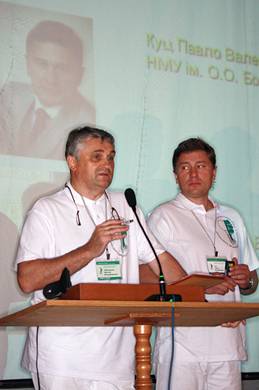 The department staff on the 25 th of June 2010 participated in the action of Ukrainian Implantology Association dedicated to the 65 anniversary of the Victory in the Second World War.

On the 25 th of June 2010 25 in Kiev the Ukrainian Implantology Association held the action dedicated to the 65 anniversary of the Victory in the Second World War. 50 leading dentists and implantologists who represented all the regions of Ukraine (20% are the graduates of NMU named after O.O. Bogomolets) performed in Kiev (during a day – from 9 AM to 6 PM) 73 dental implantation surgeries for the veterans of the Second World War and for the persons born in time of war aged from 70 to 93 according to the protocol “All on Four”. At the end of the day the veterans received a new quality of life, able to eat and socialize properly.

The implantation surgeries were performed in the chief military hospital in Kiev with the assistance of the Ministry of Defense (a minister is M Ezhel’), Ministry of Public Health of Ukraine (a minister is Z. M. Mytnyk) and V.F. Moskalenko – the rector of NMU named after O.O. Bogomolets.

A permanent dental prosthesis of some veterans will be performed at the department of dental orthopedics of a National Medical University named after O.O. Bogomolets. 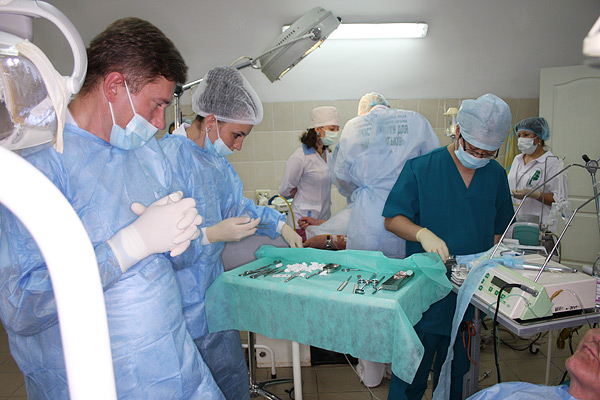 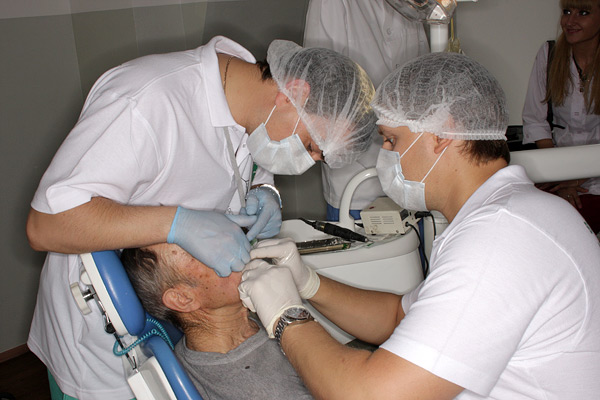 The assistants Koval’ E.A. and Mykhailov A.A. during the veteran