The Department of Surgery of the Faculty of Dentistry was organized in 1955 since the opening of the dental faculty of the Kyiv Medical Institute. The department was headed by Honored Scientist of the USSR, a prominent scientist-surgeon, professor Alexander Gorchakov.

At this time, a lot of work was done on training at the Department of Scientific Personnel through graduate school and clinical residency, a school of endocrinologists was established, including professors M.P. Cherenko, O.N. Lyulka, A.V. Romashkan, associate professors: A.T. Stepanenko, V.M. Parkhomenko and others. They has published about 100 scientific papers on important issues of surgery, especially surgical endocrinology, shock and more.

From 1960 to 1964 the department was headed by professor D.F. Skrypnychenko, who further developed in the clinic such a field as thoracic surgery (surgical treatment of pulmonary abscesses, echinococcosis and other diseases). During the period of heading the department, professor D.F. Skrypnychenko prepared 3 candidates of science, wrote a textbook on surgery for medical schools.

From 1963 to 1985 the department was headed by professor V.D. Bratus. Over the years, the range of surgical activities has expanded, in particular in abdominal surgery, plastic surgery. During this time, the head of the department prepared 3 doctors of medical sciences, 7 candidates of medical sciences, published monographs: “Surgical treatment of thermal burns” (1963), “Acute gastrointestinal bleeding” (1971), “Intensive care in emergency surgery” (1980), “Hemorrhagic Shock” (1989). In 1981, Professor V.D. Bratus was awarded the State Prize of the Ukrainian SSR for improving the methods of diagnosis and treatment of burns. In 1970 he was elected as a corresponding member of the Academy of Sciences of Ukraine. 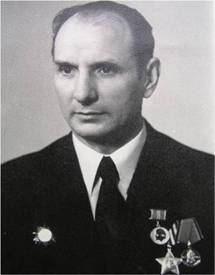 From 1985 to 1994 the department was headed by professor M.P. Cherenko. His research interests are focused on the study and development of problems of endocrine, abdominal and purulent surgery. Employees of the department developed new methods of surgical interventions on the thyroid gland, the method of active surgical treatment of purulent mastitis, defended one doctoral and 11 candidate dissertations, published 6 monographs and the first Ukrainian-language textbook in Ukraine “General Surgery”. In 1988, M.P. Cherenko received the State Prize of the Ukrainian SSR for the development of methods of treatment and prevention of endocrine diseases. 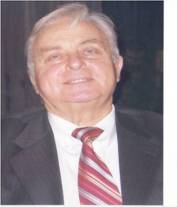 In 1994-1997 the department was headed by a student of Professor Cherenko MP Associate Professor Ignatovsky Yu.V. During these years, the main area of ​​scientific and practical activity was the surgery of abdominal hernias. In 1995, the Kyiv City Center for Abdominal Hernias was established on the basis of the clinic in the hospital №15 in Kyiv, which is still one of the leading institutions in Ukraine to provide care to patients with various types of hernias. 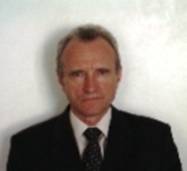 Since 1997 The department is headed by a student of the academician O.O. Shalimova Professor Tutchenko M.I. Under his leadership, the clinic, along with traditional operations, develops and widely implements modern minimally invasive (laparoscopic) technologies of surgical interventions not only in elective surgery, but also in emergency pathology. Professor M.I. Tutchenko was the first in Kyiv and the second in Ukraine to successfully perform a liver transplant on a patient.