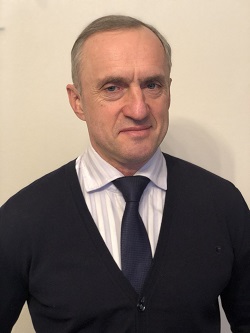 The Department of Urology in the Kyiv Medical Institute was founded in 1924. At the time,  teaching urology was conducted optionally by the chair of Hospital Surgery Professor A. G. Radzievskii. He gave lectures on diseases of the genitourinary system.

The Department of Urology was established at the St. Petersburg Military Medical Academy in S.P.Fedorova and headed by an outstanding surgeon Professor A. A. Chayka from 1907 until 1911,who got his PhD thesis in” Nephrotomy Technique”

While organizing and leading the department in the Kyiv Medical Institute, professor A. A. Chayka put a beginning to creation of  Kyiv scientific school of urologists, which determined the further development of urology in Ukraine as a whole. He organized and for many years directed the scientific society of urologists of Ukraine, was the chairman of the 1st congress of urology in Ukraine in 1938 and an honorary chairman of the 2nd conference of Urology of the former Soviet Union in 1951. Being a chief surgeon at the 3rd Ukrainian front evacuation point during the Second World War. He was a chief surgeon of the Kyiv District Hospital (1945-1962) and continued to successfully manage the department of Urology of the Kyiv Medical Institute.

Chayka gained invaluable experience as a surgeon-urologist. He has published about 100 scientific papers dealing with kidney damage and other urinary organs, prostate and seminal vesicles diseases, problems of purulent surgery. He developed an original technique of nephrotomy and restoring of the urinary tract from obliteration. He is also a writer of ”Injuries and diseases of the ureters in the Guide for the practical surgeon “, ed. S.S. Hyrholava ( Moscow, Leningrad, 1931. – Vol 7 ) and ” The surgical treatment of prostate diseases ” in the book “Operative Urology “, ed. S.P.Fedorova . R.M.Fronshtein ( Moscow, Leningrad, 1934).

At the time of its foundation, the base for the chair was the 19th branch of the Kyiv military hospital for 60 beds. Department functioned for 5 years. From 1928 to 1937 urology was taught as an optional subject in the departments of surgery and the railway hospital. Classes were conducted by O.D. Panchenko and P.I.Helfer.

In 1938 the Department of  Urology was restored and headed by professor P. Helfer. B. F . Zlatman, Y. L. Holchanskyy and M. B. Plastunov were the assistants of the department while it was located at the 25-bed department of the hospital.

During the Great Patriotic War, Kyiv Medical Institute was evacuated to Chelyabinsk and the teaching faculty was moved to the urology surgical clinic, mainly in the outpatient setting.

Since 1945, since the transfer of  P. Helfera the Kyiv Institute for Advanced Medicine, the Department of Urology was again headed by A. Chayka. Associate professor E .V. Proskura and assistants B. F. Zlatman, A .I. Yanushevskyy, F. M. Shestkyn worked with him. In 1952 – 1953 teaching staff was significantly more experienced. After graduating the medical studies, V. M. Sklar and M. Dvoyehlazov became assistants. An associate  A. Proskura was elected the head of the department of urology in Kyiv Institute of Advanced Medicine where he became a professor.

In the postwar years, the clinical base of the department was the Urology Department, located in Hospital №14, which operated 90 – 100 beds. At that time it was the largest in Ukraine in its equipment and capabilities of a metropolitan hospital. It fully ensured all urgent and routine care of urological patients in Kyiv and the area.

The field of scientific and practical interest of urology clinics of Kyiv Medical Institute has always been very broad, and authority – extremely high. Constant attention was paid to the spreading diseases like adenoma and prostate cancer, urolithiasis. For example, at a time when surgical treatment of prostatic adenoma was carried out only in two stages, the clinic has served initiated earlier diagnosis of the disease and one-stage adenomectomy. Professor A.A.Chayka was a speaker at the congress of  Russian surgeons in 1924 and conference Urology Ukraine in 1934 on this issue.

For the first time in the USSR, the staff of the clinic together with the western urologists have developed a technique of perineal adenomectomy and radical surgery for cancer of the prostate and seminal vesicles. They developed and put into practical operation peritoneal transplantation of the ureters into the intestine in tumours and lesions of the bladder. Many works were devoted to the problems of kidney stones, especially in children (V.M.Sklyar, 1951). Alongside the methods of non-operational removal of bladder stones by ultrasound and electro influences ( Y.H.Yedynyy, 1958-1960).

In the case of urogenital TV, the need in total nephroureterectomy of the kidney was shown by the members of the department in 1951. For the first time in the USSR A.A.Chayka developed the technique vesicalectomy. With the advent of antibacterial anti-TB drugs, he studied their performance and effectiveness in various forms of tuberculosis of the urinary and reproductive organs, reviewed tactics of surgical treatment of these diseases. Several dissertations were dedicated to these issues  (M.V. Dvoyehlazov, L.H.Pluzhnikov et al.).

An important role in research and clinical practice takes the problem of domestic arms and operational damage and related urinary organs. Chayka substantiated and promoted the drainage of pelvic cavity by Buialskii. He proposed and improved methods of surgical treatment of post-traumatic urethral narrowing and obliterations used to be very common in the postwar years. For complex posterior urethral narrowings prof. A.A.Chayka proposed an effective method of treatment, titled ” Modulation of the urethra to the large drainage “, which deprived many patients of lifelong suprapubic vesical drainage or transplantation of the ureters into the intestine. This issue is dedicated to the doctoral thesis V.L. Polonsky, S.A. Leybelya , Y.I.Dobrovolskoho et al.

The department gained extensive experience in diagnosing and treating serious and very common traumatic vesicovaginal fistulas at that time. This issue is devoted to the doctoral thesis of O. Proskury who developed and introduced into clinical practice transvesical fistulografy. ( O. F. Vozianov,V. M . Sklar ).

From 1981 to 2011 the head of the department was a disciple of professor A. A. Chayka , honoured scientist, academician of NAS and AMS of Ukraine, the hero of Ukraine, professor A. F. Vozianov.

In 1987  professor O. F. Vozianov became the head of the Institute of  Urology and Nephrology. He was the founder and in 1993 became the president of the Academy of Medical Sciences of Ukraine. 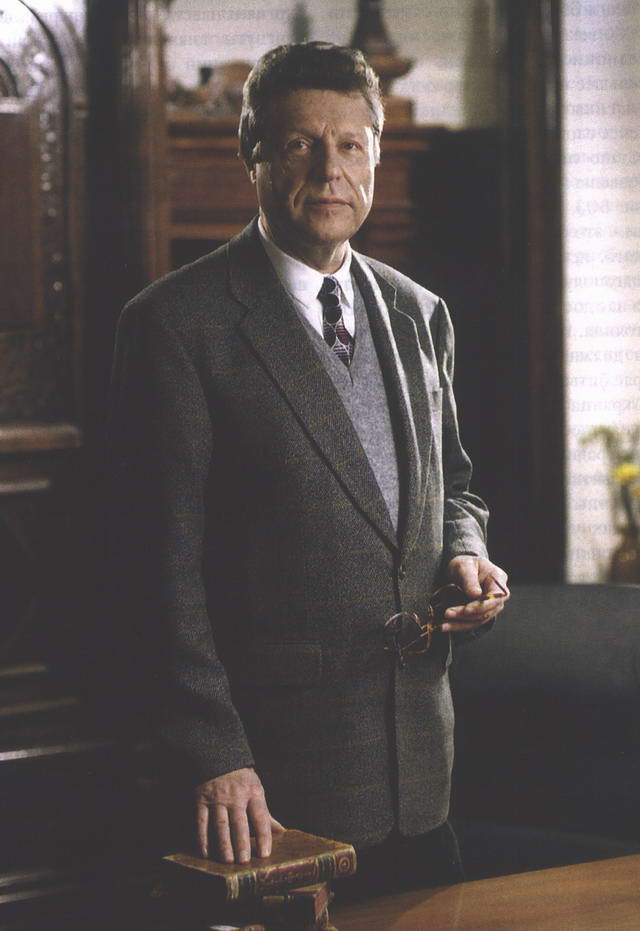 The research activities of the department are the diagnosis and treatment of inflammatory diseases of the kidneys, kidney stones surgery, urogynecology systems, plastic and reconstructive urology, functional diagnosis and radiological methods of examination of urogenital organs, termodiagnostic and ultrasonic methods in urology.

For the first time in Ukraine based laboratory, termodiagnostic vitro destruction of kidney stones, was introduced a radical prostatectomy, the classification of precancer and cancer of the prostate and bladder.

Radioisotope examination methods were developed and implemented (computer gamma scintigraphy dynamic and static ), embolization of renal artery in tumors of the kidney, hemodialysis and methods of enterosorbtion in some urological diseases, the new methodology of transvesical fistulography of urinary vesicovaginal fistula, original tools for surgical removal of staghorn kidney stones and prostate adenoma, electrocision to open the bladder in patients with a high degree of operational risk. A. F. Vozianov was awarded the State Prize of USSR in Medicine (1983) for the development and introduction of new methods of one-stage adenomectomy, which gave great medical and socio-economic impact.