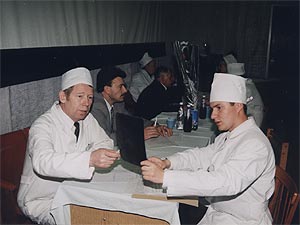 Since 1979 until 1985 the dean was Byts Yuriy Viktorovych, Doctor of Medicine, professor, laureate of State Prize of UkrSSR, who worked over the problems on metabolism disorders of vascular wall and atherosclerosis modeling. At present moment he works as the head at department of pathological physiology.

Since 1985 until 1988 the head of faculty was Khmelevskyy Yuriy Volodymyrovych, Doctor of Medicine, laureate of Palladin Prize, author of 4 monographs, 150 scientific works. His works are devoted to the issue on exchange of vitamins and co-enzymes, their application in treatment of cardiovascular pathology. At present moment professor Khmelevskyy Yu.V. is working at department of biological chemistry.

Since 1988 until 1990 the dean of medical faculty No 2 was Baltaytis Yuliy Viktorovych, Doctor of Medicine, professor, pupil of professor Matiashyn I.M., head at department of faculty surgery, in the past head and founder of Republican proctologic center, author of 150 scientific works, 4 monographs, devoted to the issues of endoscopic surgery, surgical gastroenterology, proctology.

The dean’s office of medical faculty No 2 was located in this building at the address of Shevchenko Boulevard, 13 until 1984.

The medical buildings of the oldest city clinical hospital, on which base the clinical departments of medical faculty No 2 worked and continue working.

The date for establishment of medical faculty No 2 at O.O. Bohomolets National medical university is 1971 when the medical faculties No 1 and 2 were organized on the base of medical faculty. This corresponded to the needs of that time in organization and coordination of educational process, improvement of methodic and scientific work at Kyiv medical institute, assisted to efficient solution of human resources policy. 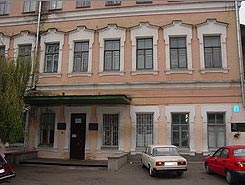 23 years period in activity of both medical faculties confirmed the expedience in their separate organizational and structural functioning.

The first dean of faculty – professor Ivaniuta Orest Maksymovych, famous organizer, talented pedagogue, clinician, public leader. He worked at the post of dean since 1971 until 1979, at the same time he was the dean of evening department at Kyiv medical institute.

Significant scientific achievements of the first dean. He is the author of 8 monographs, 160 scientific works, inventions. For some years he worked as director in Kyiv T.G. Yanovskyy SRI of phthisiology and pulmonology. 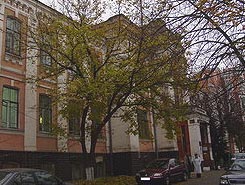 Since 1979 until 1985 the dean was professor Byts Yuriy Viktorovych, pupil of famous Soviet pathological physiologist, corresponding member in AMS of USSR M.N. Zayka, corresponding member in APS of Ukraine, laureate of State Prize of UkrSSR, honorary worker of higher school of Ukraine, laureate of O.O. Bohomolets prize. During the period when Byts Yu.V. was the dean, in 1982 they completed the construction of the most modern students’ hostel No 7, and in 1983 the medical faculty No 2 was awarded with Honorary Red Flag for excellent performances in training of medical staff. The creative, organizational and educational activity of Byts Yu.V. at the dean’s office enjoyed the great respect and honor among the students and employees at departments of faculty.

He also has the significant scientific achievements in the field of medicine. He is the author of original experimental model of atherosclerosis and energy-deficit concept of its pathogenesis. Byts Yu.V. – co-author of textbook “Pathological physiology”, which third (Ukrainian) re-edition was made under his supervision. During years of work he assisted to implementation of material technical equipment of dean’s office, implementation of organizational and structural forms of activity.

Since 1985 until 1988 the dean of faculty was professor Khmelevskyy Yuriy Volodymyrovych, laureate of academician Palladin Prize, head at department of bioorganic and biological chemistry at NMU (1976-1997), deputy chairman in Scientific Council at MHC of UkrSSR (1970-1976), member in editorial board of “Ukrainian biochemical journal”, member in specialized board at Institute of biochemistry at NAS of Ukraine on defense of Doctor’s and Candidate’s dissertations, author of approximately 200 scientific works, 10 monographs, some textbooks. 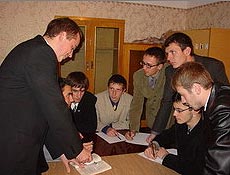 Since 1990 the dean of faculty is corresponding member in AMS of Ukraine, professor Netiazhenko Vasyl Zakharovych, head at department of propedeutics of internal diseases No 1 at O.O. Bohomolets NMU, Honorary of Scientist and Technician of Ukraine, active member in European society of cardiologists, chief editor of journals “The art of treatment”, “Clinical pharmacology, physiology, biochemistry” and member in editorial board of some special journals, in particular, “Medical care”, “Medicines of Ukraine”, “Ukrainian cardiologic journal”, “Ukrainian therapeutic journal”, etc.

Netiazhenko V.Z. – author and co-author of textbook and 6 study guides for students of higher medical schools of III-IV accreditation levels. The main scientific directions are problems of cardiology, in particular, acute coronary syndrome, hemostasis, and emergency conditions. He is the author of 21 monographs, 440 scientific works, 7 inventions, 15 patents. 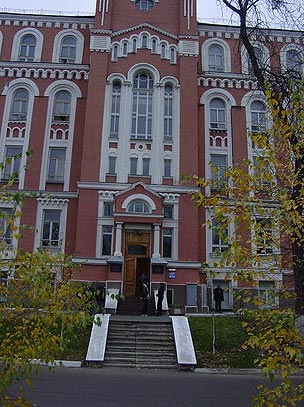 The numerous improvements in different spheres of faculty activity were made under supervision of dean Netiazhenko V.Z. at the faculty – the material technical base was significantly improved, the computerization of technical work was made, the level of educational work among students, their living conditions and level of discipline at hostels were improved.

The illustrative decoration of the dean’s office with materials that describe the pedagogical, educational, scientific, publishing, methodic and organizational activity of departments at faculty was significantly increased.

The graduates from faculty work in different spheres of medicine in various regions of Ukraine, as well as outside it – India, China, Iran, Russia, Moldova, Belarus, Jordan, Syria, etc.

Since 1971 the medical faculty No 2 trained over 6.5 thousands of highly qualified doctors.