In order to increase awareness among physicians and the public regarding gluten-dependent pathology, a TV program was filmed featuring scientific advisor of the Ukrainian public organization “Ukrainian Society of Celiac Disease” Olena Gubska, president of the “Ukrainian Society of Celiac Disease” Olga Naumova, health and nutrition (FAO UN) national consultant Olga Dontsova, and Oleg Shvets, chief freelance nutritionist of the Ministry of Healthcare of Ukraine. According to experts, at least 300 thousand Ukrainians suffer from celiac disease. The primary goal of their treatment is the absolute abandonment of gluten. However, as the majority of diagnosed patients are children, providing them with psychological support is an essential matter. 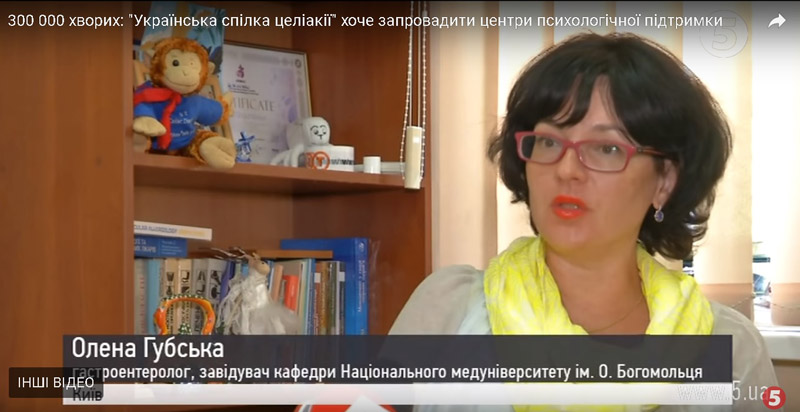 The Celiac disease day has celebrated its 10th anniversary in Ukraine this year. Much has been done and achieved over this period. Our knowledge and understanding of celiac disease have improved, but it is necessary to continue raising awareness in public and among doctors, spotlighting the problem of food allergies and dietary intolerance, as well as the need of timely diagnosing these conditions.

A medical conference was held to commemorate the anniversary, giving gastroenterologists, therapists, pediatricians, nutritionists, family doctors and everyone else from the general public the opportunity to listen to lectures of leading specialists, including scientific consultant of the Ukrainian Society of Celiac Disease, Professor Olena Yuriivna Gubska; Professor Oleg Gennadievich Shadrin; Professor Galina Anokhina; and Svetlana Viktorovna Fus, Ph.D.

At the same time, the FreeFromFood Ukraine exhibition has been officially initiated. It highlighted a great variety of healthy and specialized foods for people with intolerance to gluten or other food ingredients. The exhibition was co-organized by the Ukrainian Society of Celiac Disease.

The weekend dedicated to celiac disease continued on May 21st.

The program of this day combined medical lectures by Professor Gubska Olena Yuriivna, professor Marushka Yuri Vladimirovich, and Ph.D. Naumova Olga Oleksandrivna, along with an entertaining program for children, master classes for cooking gluten-free dishes, the FreeFromFood Ukraine exhibition of healthy and specialized nutrition, and the registration of the “Largest gluten-free cake” record in the National Register of Records of Ukraine! 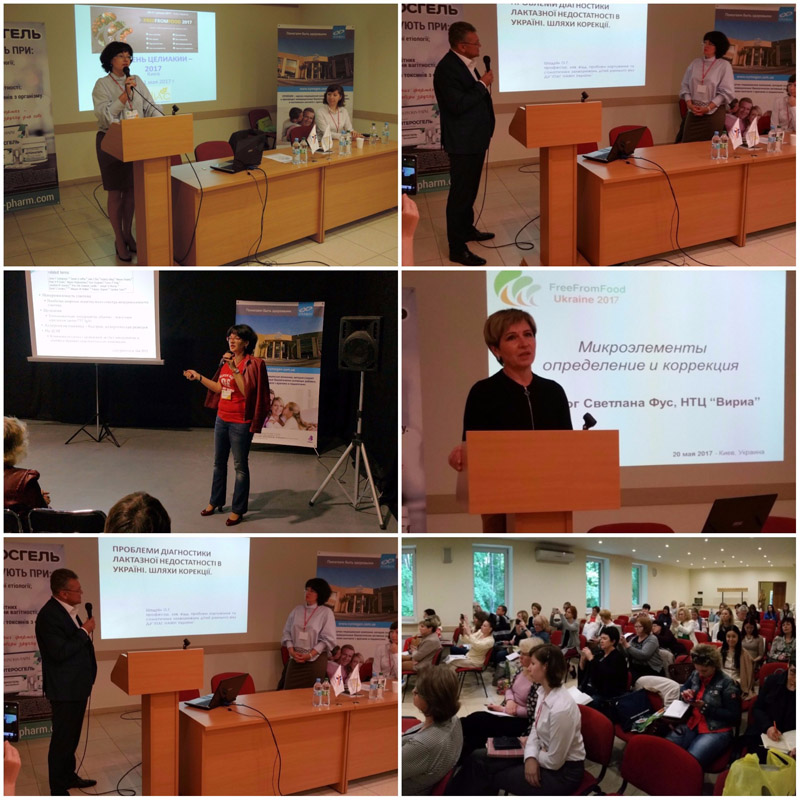 The UNIAN press was held, organized by the Ukrainian public organization “Ukrainian Society of Celiac Disease” and RedLynxProduction. The head of the Department of internal medicine, infectious diseases and dermatovenereology of postgraduate education Olena Hubska and the President of Ukrainian Society of Celiac Disease Olha Naumova participated in it. The goal of this meeting was to focus the public attention on the problem of food allergies and food intolerance.

There also the coming Celiac disease day and the exhibition of healthy and specialized nutrition FreeFromFood Ukraine for people with intolerance to gluten and other dietary ingredients were announced. 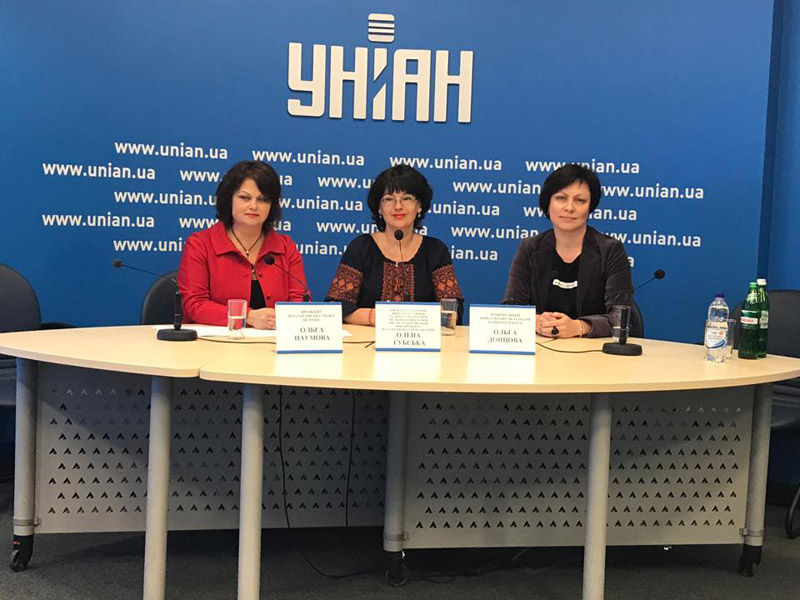 April 6-7, 2016 – members of the Department of internal medicine, infectious diseases and dermatovenereology of postgraduate education took part in the XIX National School of Gastroenterologists and Hepatologists, which was held in Kyiv. Professor Zaitsev Ihor Anatoliyovych presented his report “Antiviral therapy of Hepatitis C in cirrhotic patients” in the “Problematic questions of diagnosis and treatment of liver diseases” section. The head of the Department Olena Hubska moderated the newly-organized section “Complicated cases in the gastroenterology practice. Most common mistakes and how to avoid them.” Professor Hubska also presented her report “Common mistakes in managing patients with gluten-related diseases.” 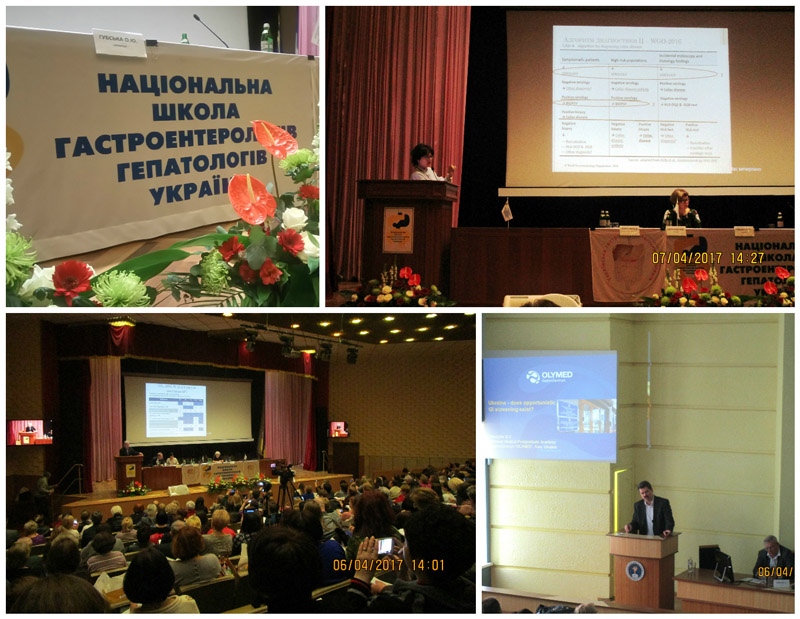 April 4, 2017 – With the assistance of the Department of Health of the Kyiv City State Administration, the “Open Doors Day” charity event was held in the Kyiv City Clinical Hospital No. 1. All interested persons could consult with a therapist, cardiologist, ophthalmologist, and endocrinologist. Measurements of arterial and ocular pressure, blood glucose levels and blood lipids were performed, as well as full blood counts.

Interns and post-graduate students of the Department of Internal Medicine, Infectious Diseases and Dermatovenereology of postgraduate education took an active part in the event, providing counseling in the field of internal diseases and helping patients form a list of future additional tests and necessary narrow-profile consultations. 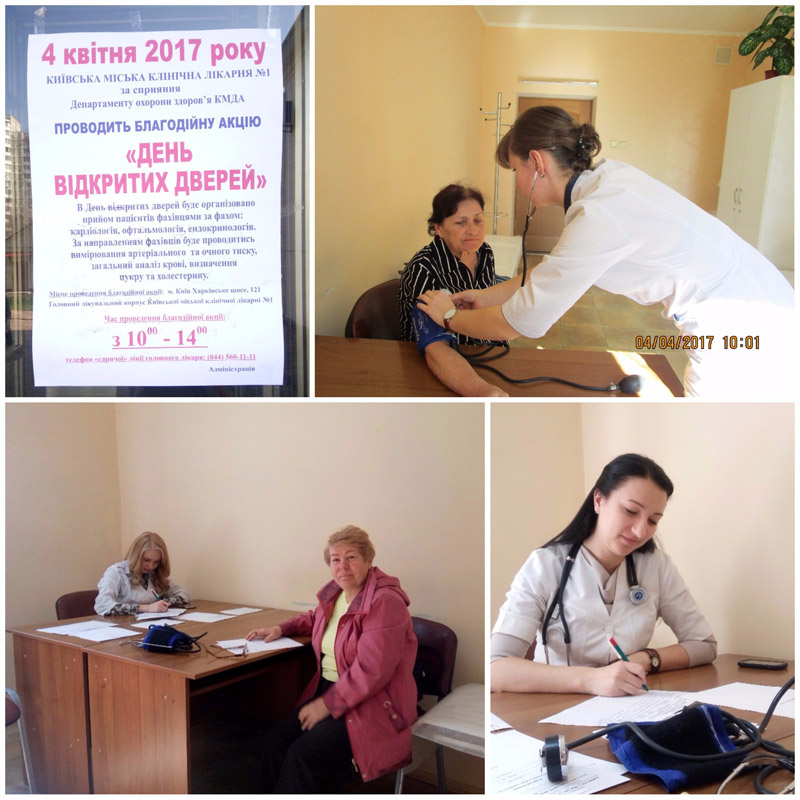 March 30, 2017 – Professor Zaitsev Ihor Anatoliyovych presented a lecture on “Epidemiology, diagnostics, and treatment of viral hepatitis” for doctors of internal medicine. The event took place in the Kyiv City Clinical Hospital No. 1. 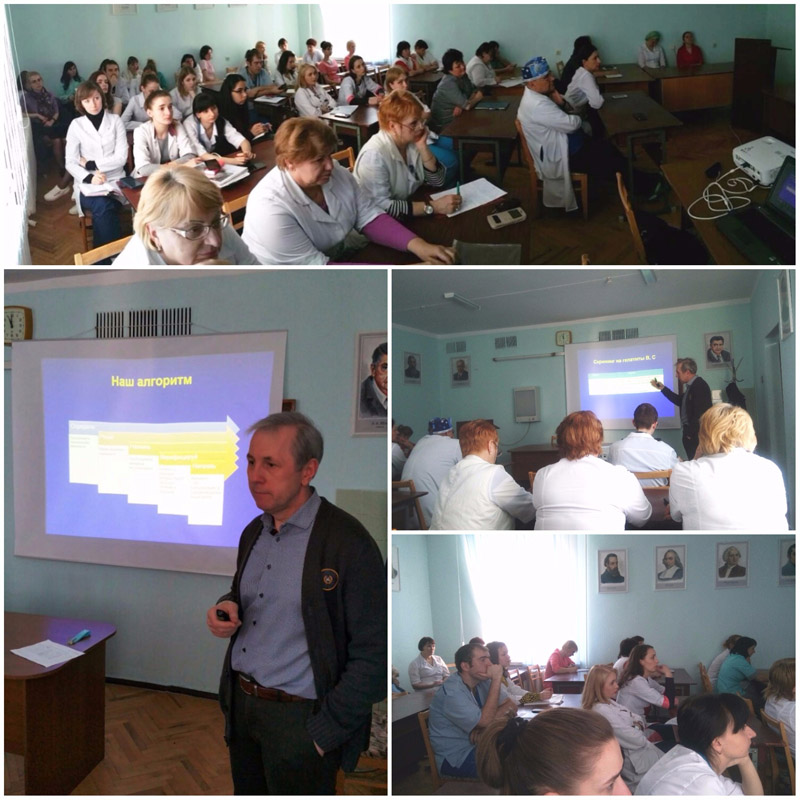 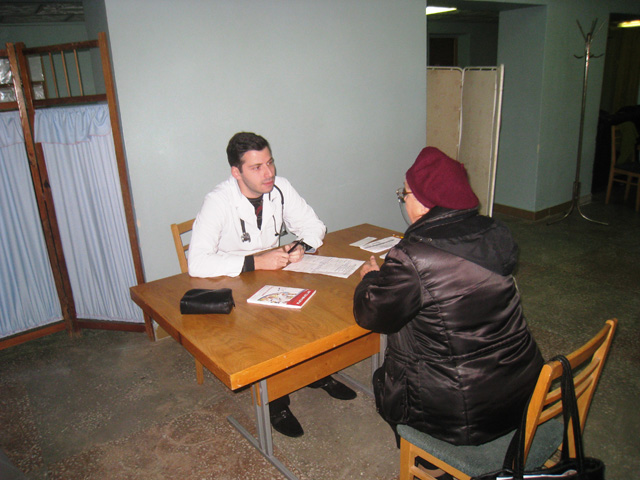 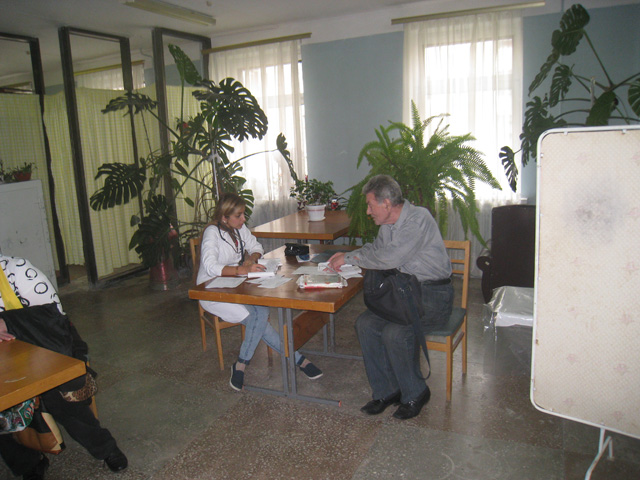 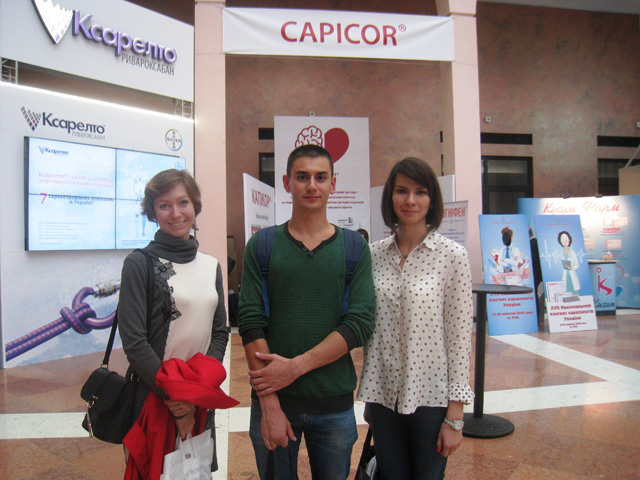 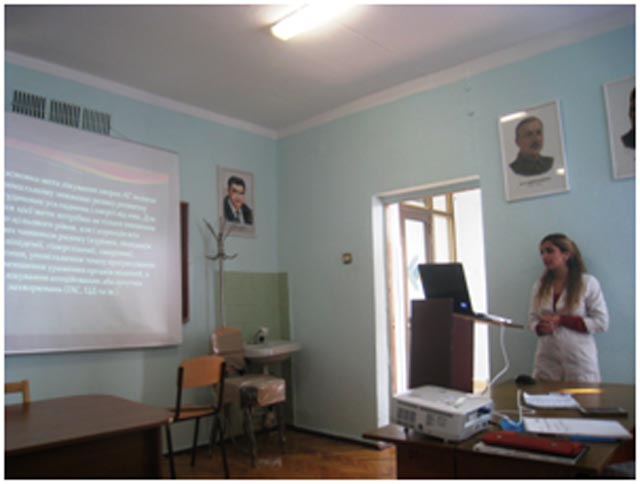 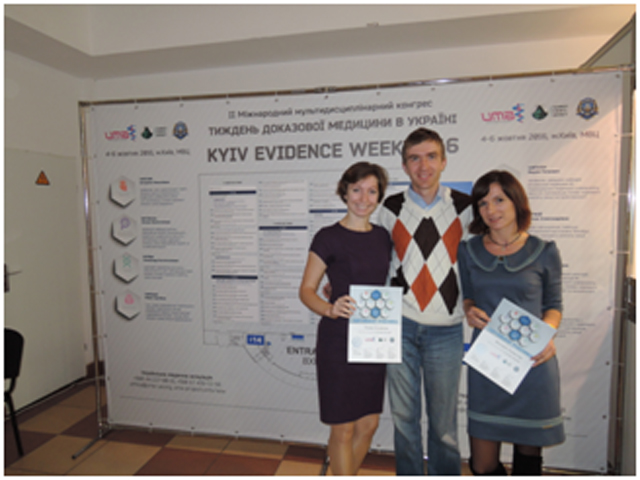 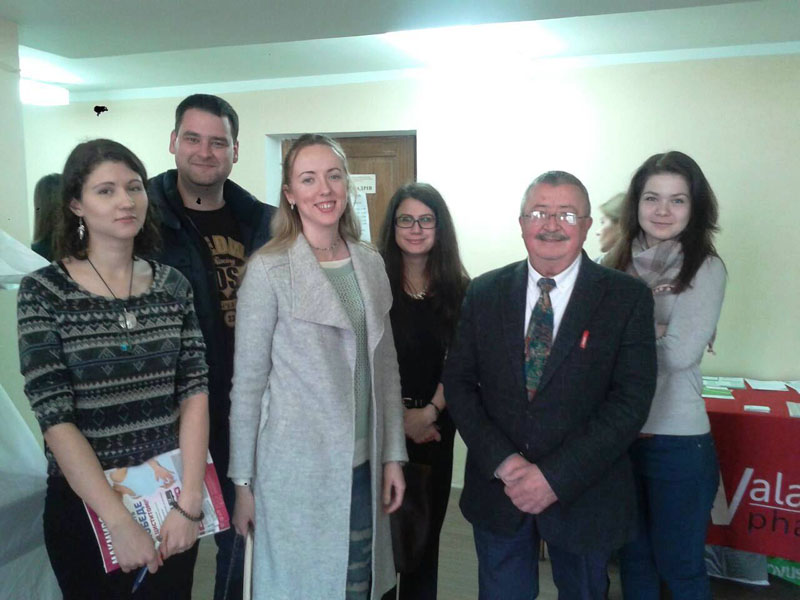 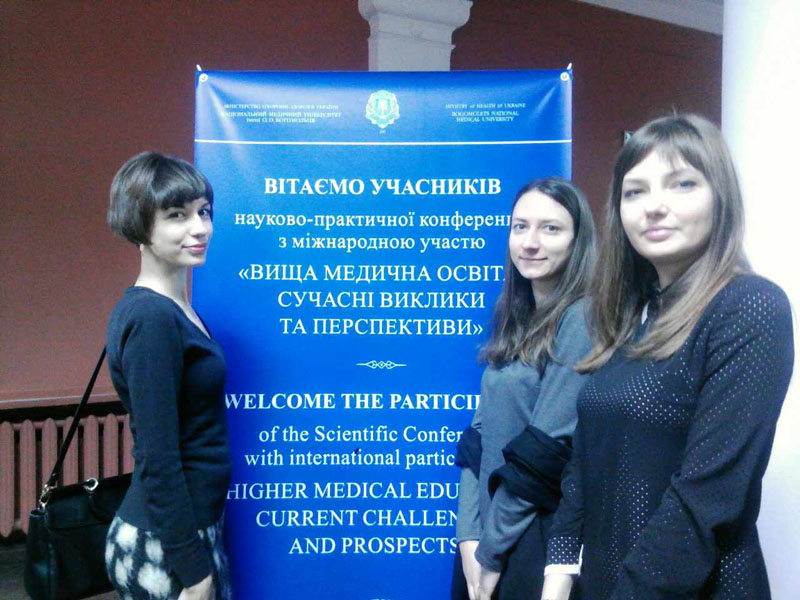 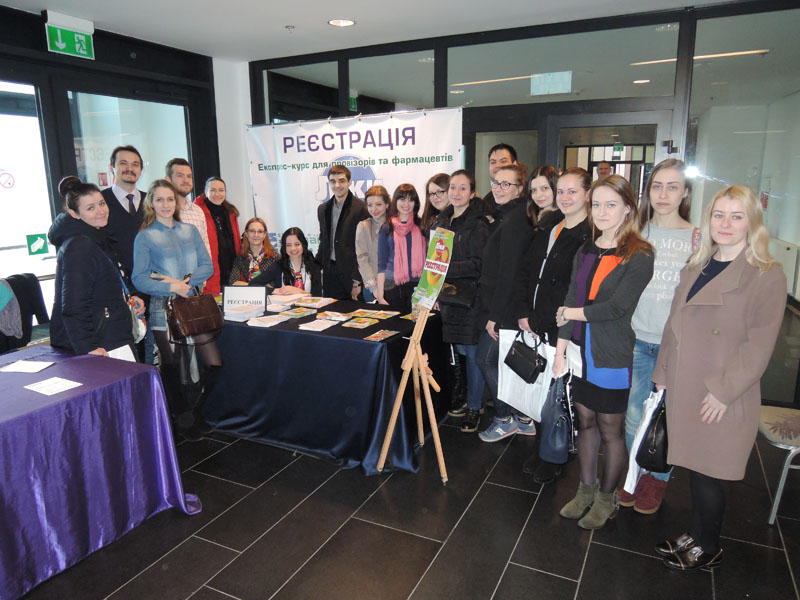 On December 16, 2016, the first working meeting of medical interns with psychologists, representatives of the classical psychological school, took place at the Department of Internal Medicine, Infectious Diseases and Dermatovenereology of postgraduate education. The gathering was dedicated to the discussion of the problem of psychosomatics. Practicing psychologists outlined the challenges faced by doctors and gave advice on how to work with such patients, as well as answered all questions the audience had. 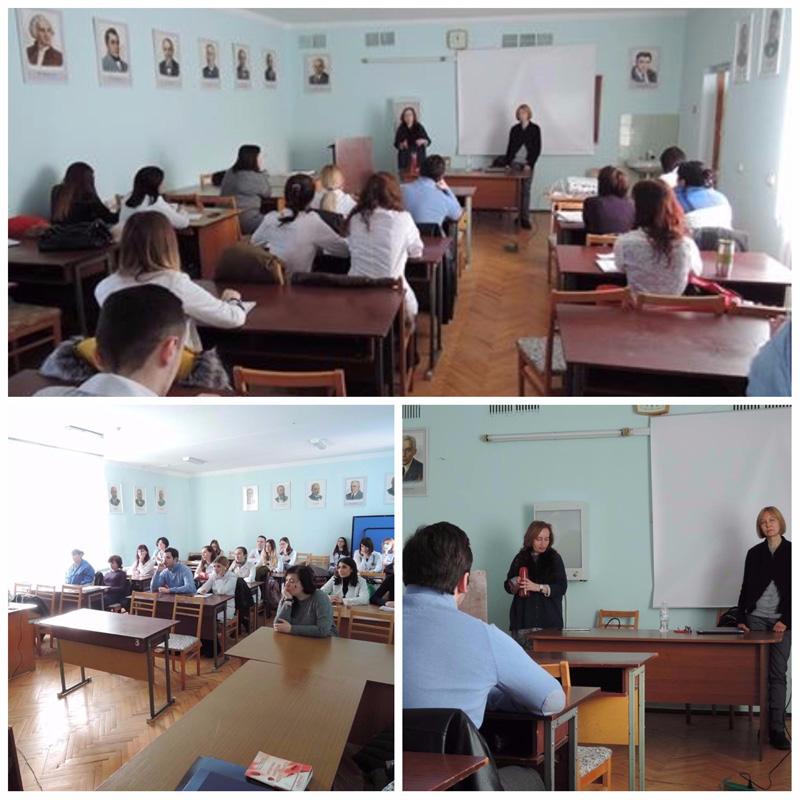