According to the results of the work: 3 monographs were published (including 2 – abroad), methodological recommendations, 3 information sheets, 45 articles (including 18 – in Scopus indexed journals and 21 – in professional domestic publications), 108 abstracts, including 17 – in foreign editions.

Participated in 39 scientific forums, where 109 reports were made, including 17 – abroad. Implementation of scientific developments in the work of health care institutions and educational process, confirming 48 acts of implementation. According to the results of the research, 3 dissertations were defended.

With the support of the WHO Bureau, a curriculum for the thematic improvement cycle, Integrated Hypertension and Diabetes Management in Primary Health Care (2017), has been developed and implemented in a number of pilot regions.

“Conceptual Foundations of the Public Health System in Ukraine”.

“Substantiation of the modern system of prevention of chronic noncommunicable diseases and formation of a healthy lifestyle” commissioned by the Ministry of Health of Ukraine.

According to the results, 38 articles (7 – abroad, including 1 – in the journal included in the bases PubMed / Medline, EBSCO, MNISW, Index Copernicus, PBL, Scopus), 33 abstracts (3 abroad) were published , 4 monographs (8 sections) were published, methodological recommendations, information sheet, 41 reports were made at scientific forums at different levels (8 abroad).

“Substantiation of methodological principles of monitoring and evaluation of the effectiveness of reforms in the health care system” commissioned by the Ministry of Health of Ukraine.

“Substantiation and development of scientific bases of preventive health strategies” commissioned by the Ministry of Health of Ukraine.

«Scientific Analysis of the Essential Determinants of Public Health».

The staff of the department work closely in solving scientific problems with many international agencies, including the WHO Regional Office for Europe, the International Renaissance Foundation, and the Center for Disease Prevention and Control (CDC, USA).

At the request of ERB WHO, the courses of thematic improvement have been substantiated and developed:

At the request of ERB WHO staff members of the department participated in the preparation of a number of national reports of Ukraine:

At the request of ERB WHO and the CDC, the staff of the department performed scientific works:

At the request of ERB WHO, a scientific project “Review of national data on nutrition of different populations of Ukraine and distribution” (2010) was implemented.

Within the framework of cooperation with the International Renaissance Foundation, a scientific project was carried out “Substantiation, development and pilot implementation of the training program of the discipline” Medical Law “at the undergraduate level at the Higher Education Institute of Ukraine (2008).

The project “Development of the training program of the course” Management in Health Care “was implemented in cooperation with the University of Alabama in Birmingham (USA) (2007). 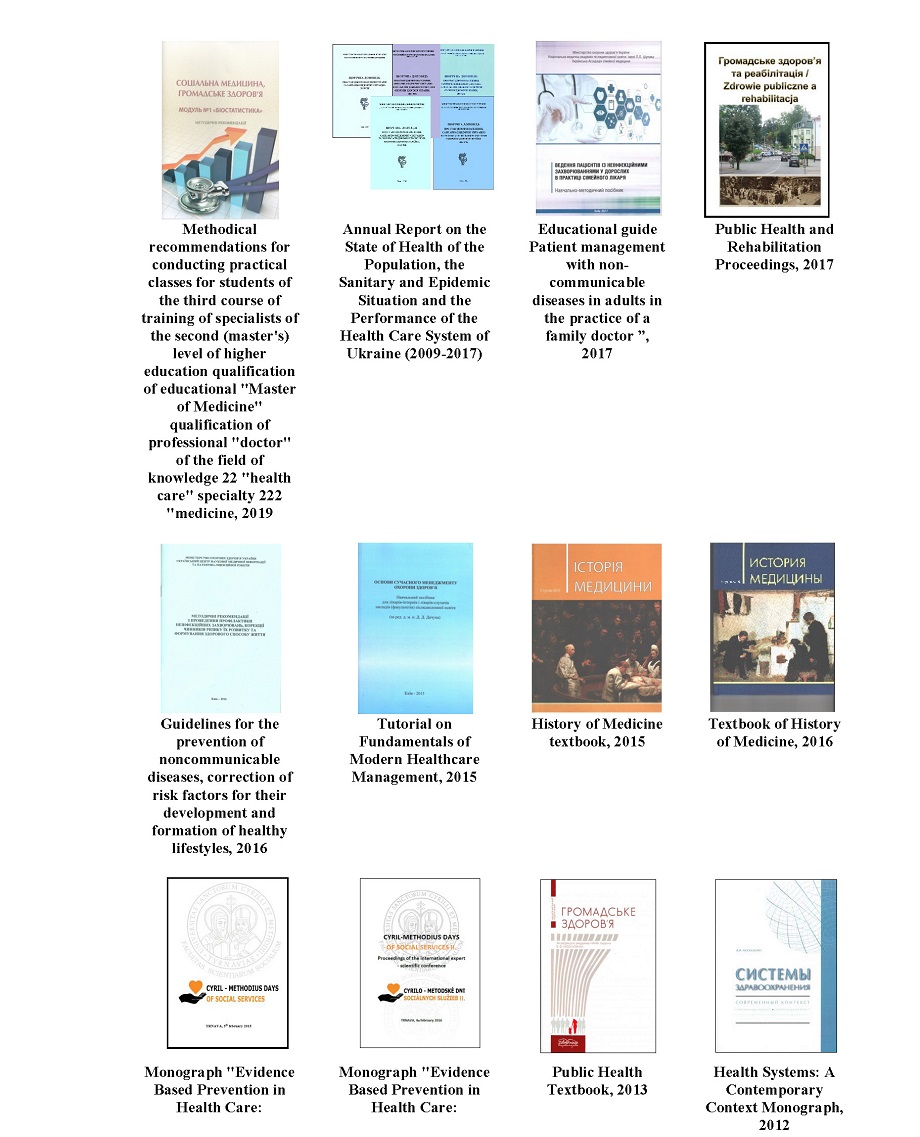 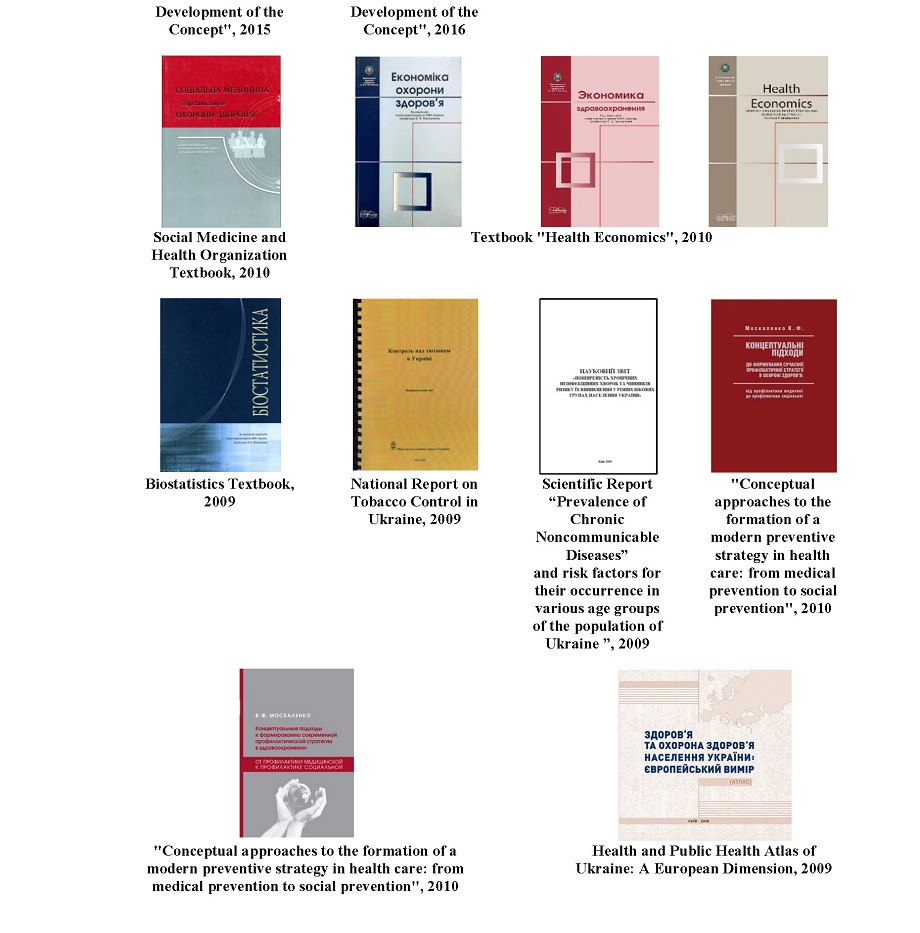