The history of the Department of the Latin Language starts in 1834 with the speech of the professor of Roman Literature M. Yakubovych “De pulchro Platonico” (“On the idea of beauty in Plato”) delivered on July 15, 1834, on the occasion of the establishment of the St. Vladimir University.

The Graeco-Latin scientific term system has traditionally been the foundation of many sciences, in particular medicine. The sum of Greek-Latin names of anatomical, clinical, pharmaceutical, preventive and other areas is more than 500 thousand terms.

In the “History of the Imperial University of St. Vladimir” (author M. F. Vladimirsky-Budanov) it was noted that in connection with the “representation of the medical faculty”, the Council of the University has asked the Trustee the permission for the students of the Faculty to take at the 1st semester weekly 2 hrs. lectures of the Latin language delivered by the professor of the Philosophy Faculty L.K. Dellen, and in the next 4 semesters “they were practicing in the language by the professor of the Medical faculty Miram”.* Annually, the University asked for additional 240 rubles in silver for this work. **

Thus, in 1841-1842, the general course of the Latin language was already separated from the special terminology course for the training of students of the Medical Faculty. By the way, “… the rest … courses of the first year, namely, natural sciences, medical students can listen together with the students of the 2nd Philosophy Department ***”, education in which was mainly in Latin or German, because the professors of this department were alumni of Western European universities. Thus, F. I. Mikhovich, who graduated in Paris, lectured mathematics, Professor V. G. Besser, who graduated from the University of Lviv, lectured zoology and R. E. Trautfetter, graduated from the University of Dorpat. That time, the lecturers as well as students of the medical faculty were fluent in Latin and Ancient Greek. Thus, Vladimir Afanasiyevich Karavayev and Nikolai Illarionovich Kozlov obtained their doctorate defrees in Dorpat, and Eduard Ernestovich Miram defended his doctorate thesis at the University of Koenigsberg. At the beginning of the 20th century all students of the medical faculty were graduates of classical gymnasiums and, due to the requirements of knowledge of Latin and Ancient Greek, they were fluent in reading and translating texts of ancient authors and, therefore, easily learned modern European languages and perceived special medical terminology.

The Medical Latin course was introduced into the curriculum of Kyiv Medical Institute (KMI) in 1924, and in 1933 the Department of Latin was founded. The first Head of the Department was M.F. Knipovich – classical philologist, the author of numerous manuals and textbooks, who worked in the Bogomolets KMI for 30 years. In 1937, together with his colleagues he published the first textbook “The Latin Language. A handbook with a reading-book for medical institutes” under the general editorship and with the foreword of the Head of the Department of Anatomy, Professor M.S. Spirov. In the preface it was emphasized the necessity of profound study of the Latin language in organic connection with anatomical nomenclature and other medical disciplines for future physicians. The article of Prof. M.S. Spirov “General Terminology of the Bone System” was added as a supplement for the textbook. He alsp published “An Explanatory Index of the Word Roots” in the book “Psychiatric Terminology” by Professor Y.P. Frumkin. In 1938, the same authors’ group released “Textbook of the Latin language for students of medical and pharmaceutical universities and healthcare professionals” in Moscow, which won the first prize in the competition of textbooks of the People’s Commissariat of Health of the USSR. Soon they published “Textbook of the Latin language for secondary medical schools”.

Multiannual work of M.F. Knipovich resulted in the dissertation “Methods of Teaching the Latin Language in Medical Schools” – the first in the country research of such a sort, completed in 1947. The author received the PhD degree in Philology and Pedagogy simultaneously, and a year later – the title of an Associate Professor.

In 1950, the first post-war “Textbook of the Latin Language for Medical Students” by M.F. Knipovich and S.I. Smirnov was published.

In the frame of the established in 1955 Department, the authors’ team (G. V. Kazier, V. G. Sokolovsky, E. O. Fevralev, and P. P. Chernetsky) continued its work on the “Ukrainian-Latin-Russian Medical Dictionary”, which was published in 1960 under the editorship of a famous surgeon, Professor S. T. Novitsky.

Among the veterans of the Department were extremely talented and harmonious personalities. In particular, I.F. Erofeyev – educator, literary critic and writer, author of research studies on T. Shevchenko, M.V. Gogol, G. Skovoroda, P. Grabovsky, V. Chumak. Member of the Union of Writers of Ukraine, he created an interesting historical novel “OleksaDovbush”. V. Sokolovsky was a co-author and editor of the “Brief Scientific Dictionary of Clinical Terminology”. The fourth, essentially supplemented, edition of the dictionary was published in 1969 under the title “Dictionary of Clinical Terms with Translation and Interpretation”. E.O. Fevralev and P.P. Chernetsky – versatile philologists, experienced tutors and educators of youth – took an active part in preparing of the dictionaries.

From 1961 to June 1978 the Department was headed by G.V. Kazier, a wonderful educator and methodologist, co-author of dictionaries. The lecturers of the Department developed new methods, conducted literature research.

Since September 1978, the Department was headed by an Associate Professor Yu.V. Shanin PhD, graduate of Shevchenko Kyiv State University. Yu. Shanin’s career began in 1952, when he came to lecture at Department of Latin in Kyiv Stomatology Institute. Being a student, he was interested in the theme of agonism in ancient Greek poetry that became the subject of his PhD thesis “Agonism in the Ancient Greek poetry”, which he defended in 1968. During 53 years of work at the Department, which he headed during the last 27 years, Yurii Vadimovich Shanin made a significant contribution not only to the formation of the course “Latin language and the basics of medical terminology”, with a reorientation to medical terminology, but also managed to work fruitfully as an author of popular-scientific and research works. For many years, Professor Shanin was a member of the Union of Writers of Ukraine. Among more than 500 scientific and popular scientific works his main monographs are “Heroes of ancient stadiums” (Moscow, 1971, 1979; Sofia, 1978), “The Olympic Games and Hellenic poetry “(Kyiv, 1980),” Myths and people of Olympia “(Kyiv, 1980; Warsaw, 1989),”Olympia. History of Antique Athleticism “(St. Petersburg, 2001), and also books of his memoirs” Keep up listening the elders” and “On a kayak “. Until the last day of his life he headed the Department.

Other employees of the Department worked fruitfully at that time. Thus, A.M. Poskripko has published articles about worldview of the ancient Roman writer and tutor Quintilian.  In a co-authorship she created the manual “Biology in images and definitions”. (1995).

Since June 2005, Olena Kiselova, graduate of Shevchenko Kyiv State University, became the Head of Department of the Latin language. She is the author of numerous textbooks, manuals, specialized dictionaries, over 300 articles.

The Department of the Latin Language conducts training for students of all specialities in the field of knowledge “Health care”. Specialists of Department have developed exemplary, educational, work programmes of the disciplines “The Latin Language and Medical Terminology” and “The Latin Language” taking into account the specifics of training in the specialities: 222.Medicine, 221.Stomatology, 225.Medical psychology, 226.Pharmacy, Industrial pharmacy, 227.Physical therapy, Ergotherapy, 228.Pediatrics. The programmes are developed in accordance with the regulatory documents: Law of Ukraine “On Higher Education” of 01.07.2014 No. 1556-VІІ; Regulations on the organization of the educational process at the Bogomolets National Medical University, Regulations on the procedure of assessment during the current and final control of the discipline at the Bogomolets NMU, educational and professional Master’s training programme and curriculum. A thorough study of international scientific terminology will facilitate the professional development of students not only as professionals, but also as harmoniously formed personalities. The course “The Latin Language and Medical Terminology” facilitates the acquisition of both native language and modern European communicative languages, as each contains a fundamental substratum of Ancient Greek and Latin origin. For objective reasons, linguistic cultural issues are treated as additional and are also included in the educational process.

1) linguistic and cultural studies of the ancient heritage:

PhD theses of O.V. Galamaga “Sacred Latin Text of the Antiquity: Linguistic Cognitive, Pragmatic and Genealogical Aspects”, H.D. Malunova “Conceptual Space of Plato’s ‘Apology of Socrates’: Linguistic and Cultural Aspects”, O.A. Nikolaienko “Oratory Discourse in Ancient Rome: Cultural, Functional and Stylistic Dimensions (on the material of speeches of the Roman Republican Era)”, N.A. Chernenko “Verbalization of the Concept VIRTUE in the European Linguocultures (on the material of the Latin, French, English and Ukrainian languages)”;

2) research study of the Early-Modern Latin is presented in the PhD thesis of M.Yu. Lastovets “Linguopoetics of the Latin-speaking Authors of Early Modern Ukraine 17th – beginning of 18th century”;

3) to the study of Latin word-formation is devoted the PhD thesis of O.Yu. Yeromina «Composition in the Latin Word-formation: Structural-Typological and Semantic Aspects»;

4) to the research of term-systems, in particular, to the study of the issues of origin of medical terms id dedicated the PhD thesis of Yu.B. Brazhuk “Naturomorphic Metaphor in Medical Terminology (on the material of Latin anatomical terms)”; to the issues of term-formation with the Greek substrate is devoted the PhD thesis of G.M. Shpynta “Greek Component in the Latin Zoological Nomenclature”; to the linguistic and cognitive aspect of forming medical, in particular pharmaceutical ,terminology and nomenclature is dedicated the PhD thesis of S.I. Lekhnitska “The Phaenomenon of Synonymy in Pharmaceutical Nomenclature of Greek Origin: Onomasiological and Derivative Aspects”.

The Department founder and its first head, since 1933, was Mikhail Fedorovich Knipovich – scientist, philologist, classics, author of many manuals and textbooks. He was an excellent methodologist, humane person, tutor and educator of youth. He worked in KMI for 30 years until his death. Among his scientific works there are those that are still used today, including the “Latin-Ukrainian-Russian Dictionary” K., 1948. 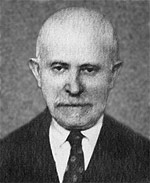 From 1953 to 1961 P.P. Chernetsky was the Head of the Department. He was a co-author of all dictionaries, which at that time were published by the department, a famous Kyev classics, an excellent methodologist. He worked in KMI for over 20 years. 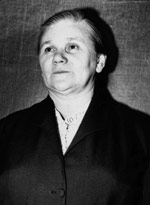 Since 1961, G. V. Kazier was appointed the Head of the Department of Latin. By that time, she had already worked at the KMI for 26 years. She is the author of a number of multilingual dictionaries of medical terminology, an experienced educator and methodologist. 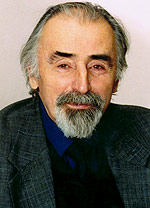 In  September 1978, the Department was headed by Candidate of Philological Sciences, Associate Professor Yu.V. Shanin. His main scientific and popular-scientific works are dedicated to the idea of harmonious development of man and sport in the ancient world. Famous writer and publicist in Kyiv. 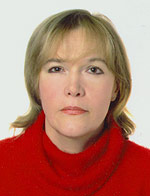 Since June 2005, the Head of the Department of Latin is Olena Kiselova, co-author of medical dictionaries, author of numerous articles in scientific and popular scientific journals.