The Head of the Department of Neurosurgery 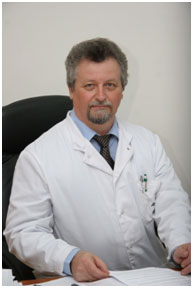 Well-known in Ukraine and abroad neurosurgeon, scientist, teacher. Organizer and leader of a new field in neurosurgery – restorative neurosurgery. Developed and implemented in clinical practice new neurosurgical operations aimed at restoring impaired nervous system functions, which are protected by numerous copyright certificates for inventions and patents. He started a new direction – neurotransplantation. In experimental models of traumatic brain injury, spinal cord injury and peripheral nerves, cerebral ischemia, lesions of visual and auditory analyzers, neurodegenerative diseases of the CNS studied the effect of transplantation of embryonic nerve tissue on the processes of regeneration of the nervous system. Actively researches mechanisms of influence of stem cells of different origin on the course of neurological and neurosurgical pathology in experiment and clinic, develops neuroengineering methods of rehabilitation treatment. Developed and implemented in the clinic domestic electrical stimulation systems for the treatment of pain syndromes, spasticity, epilepsy. He started to use botulinum toxin A (Dysport) based drugs in Ukraine in conjunction with the surgical treatment of focal dystonias: spastic curvature, blepharospasm, hemilicus spasm, etc. Under his leadership, methods of surgical treatment of traumatic injuries of the shoulder plexus, inflammatory, open and iatrogenic injuries of peripheral nerves, pain syndromes with the use of microsurgical and mini-invasive technologies were developed. Has developed differentiated neurosurgical treatment of complex forms of extrapyramidal hyperkinesis and muscle tone disorders. Performed a series of works on the history of neurosurgery. Conducts extensive work on undergraduate training for future physicians. One of the most active initiators and organizers of the All-Ukrainian action “Gamma-knife-Ukraine”, which ended with the creation of a modern radiosurgical department and was awarded the Pride of the country. Since 2014 – Chief of the Operational Staff at the NAMS of Ukraine on assistance to the victims on the Maidan and in the eastern regions of Ukraine.

Associate Professors of the Department of Neurosurgery: 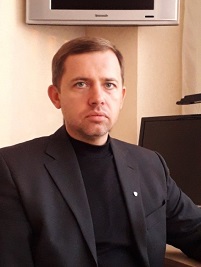 Graduated from Bogomolets  NMU in 2002; completed clinical residency (2006) and postgraduate studies (2008) at the Department of Neurosurgery of Bogomolets NMU, defended his PhD thesis “Impact of implantation of synthetic macroporous hydrogel and transplantation of olfactory bulb cells on the processes of spinal cord regeneration after injury” (2008).

He defended his doctoral dissertation on “The Spasticity in spinal cord injury: pathogenetic mechanisms and ways of neurosurgical correction by tissue engineering (experimental study)” (2017).

He is a senior researcher at the Department of Sensor Signaling at the Bogomolets  Institute of Physiology of the NAS of Ukraine (as additional job).

The main works are devoted to the problems of experimental and restorative neurosurgery, restorative treatment of spinal cord injury, trauma of peripheral nerves, pathogenesis of spinal spasticity, stem cell biology, pathophysiology of the nervous system, problems of bioethics and neuroethics, history of neuroscience.

Scientific adviser of 2 dissertations for the degree of Doctor of Philosophy. 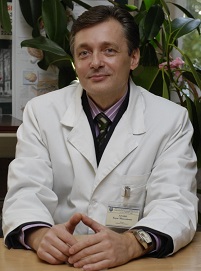 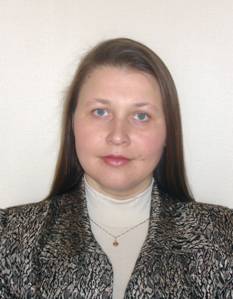 The main directions of practical and scientific activity: experimental neurosurgery, cryomethod in neurosurgery, history of neurosurgery, pain syndromes, congenital pathology of the CNS and others.

Author of more than 60 printed works. She has participated in many national and international conferences, including the 13th Course EFNS Academy – Spring School for Young Neurologists (Czech Republic, 2012), Salzburg Medical Seminars on Neurosurgery (Austria, 2012, 2013). She has completed a 2-month internship in accordance with the EFNS-EAN Department to Department Program at the Neurology and Neurosurgery Departments of Christian-Doppler-Klinik Paracelsus Medizinische Privatuniversität (Austria, 2014). She gave a lecture course on topical issues of neurosurgery at the Prague Workshop “Problémy současné společnosti – civilizační nemoci, fyzická aktivita, výživa” (Czech Republic, 2013).

Main works: The Diagnostics and Surgical Treatment of Neural Tube Defects at Children, 2009; Neurosurgery: A Guide for Medical University Students (2010); Study guide for practical training for teachers and students. Modules “Neurosurgery” (2010), “Neurosurgery” (2010,2019); Development of professional competences in the preparation of a doctor-specialist in the field of neuroscience as a reflection of the integration potential of modern medical education (2015); Features of diagnosis and  surgical treatment of brain tumors in pregnant women (2017). 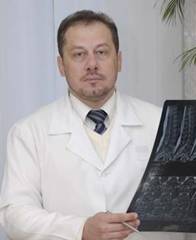 The main directions of practical and scientific activity: pathology of the spine and spinal cord, neurotraumatology, neuro-oncology, neurotransplantology, restorative neurosurgery, pain surgery. Author of over 100 scientific papers, co-author of 6 guidelines and textbooks on neurosurgery for students of medical universities.

Main scientific works: Neurosurgery: a textbook (2008); Features of surgical tactics in meningiomas of the spinal cord (2009); The use of microdiscectomy in the treatment of hernias of the intervertebral discs of the lumbar spine (2009); Neurosurgery: A Textbook for Students of Higher Medical Institutions (edited by Academician VI Tsimbalyuk, 2011); Features of surgical tactics for spinal cord astrocytomas (2013); Results of minimally invasive surgery in patients with degenerative lumbar stenosis (2013); Analysis of the results of surgical treatment of patients with intramedullary tumors of the cervical spinal cord (2013), Development of professional competencies in the preparation of a doctor-specialist in the field of neurosciences as a reflection of the integration potential of modern medical education (2015); Surgical treatment of pituitary adenoma (2015); Neuroendoscopy as a modern method of treatment of hydrocephalus (2016); Analysis of the results of surgical treatment of ATO soldiers with gunshot wounds of the spinal cord and peripheral nerves with the use of electrical stimulation (2017). 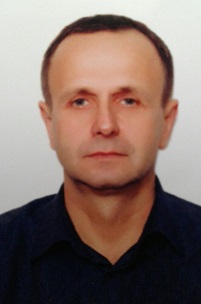 Assistants Professor of the Department of Neurosurgery: 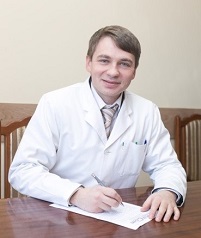 The neurosurgeon of the first category. 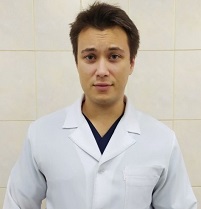