History is a witness of time

The Department of Ukrainian Studies of Bogomolets National Medical University was established in 2001 on the basis of the Ukrainian and Russian languages​ ​department in accordance with the State National Program “Education. Ukraine of the XXI century”.

The origins of the department date back to 1967, when the department of the Russian language, which provided teaching of this discipline to foreign students, was organized.

The first head of the department was the candidate of philological sciences, associate professor Raisa Bodrova, who held this position for almost six years in a row.

In 1973 the department was headed by the candidate of philological sciences, associate professor Inna Dzevulska. It was then that the first samples of educational literature for international students were created and thens uccessfully passed the timetest.

Mrs Inna Dzevulska has repeatedly participated in international symposia and congresses, promoting the department’s activities far beyond the country. Many teachers during this period carried out active educational work in the countries of Africa, Asia, the Far East, gaining at the same time pedagogical experience for teaching the language as a foreign one.

Since 1988 to 1995 the department was headed by Associate Professor Alla Ishchenko.

At the same time, the teaching of a new discipline “The Business Ukrainian Language” for domestic students was launched, due to the new name, which appeared in 1990 –the Department of the Ukrainian and Russian languages.Subsequently, “The Business Ukrainian Language” was transformed into the discipline “Ukrainian language (professional direction)”, which is still studied by first-year students at all faculties of the university.

The main task of the discipline is mastering the categorical and conceptual apparatus of specialized disciplines in the Ukrainian language, formation of the Ukrainian professional discourse of future doctors.

In 1995 – 2000 the department was headed by Doctor of Philological Sciences Gennadiy Zolotukhin. At this time, an active process of compilation of textbooks and manuals for the study of the Ukrainian professional language by domestic students in Ukraine began. Such, in particular, was the textbook “Professional language of physicians” recommended by the Ministry of Health of Ukraine for students of higher medical educational institutions of III-IV levels of accreditation (G. Zolotukhin, N. Lytvynenko, N. Misnyk // “Health”, 2001), manual “Ukrainian medical terminology in the professional language of the doctor” (N. Lytvynenko, N. Misnyk), collective work of teachers of the department and the university “Russian-Ukrainian-English basic dictionary of medical students” edited by G. Zolotukhin.

According to the decision of the Academic Council of  NMU of 12.10.2000 and by order of theRector №65 of 15.03.2001, the disciplines “Ukrainian and foreign culture” (since 2005 –“Cultural Studies”) and “History of Ukraine”were transferred from the Department of Sociology to the Department, which was renamed to the Department of Ukrainian Studies. It was headed by Doctor of Philological Sciences, Professor Anatoliy Gulyak– a well-known literary scholar, whose scientific work contains thorough investigations on the genre of a literarywork, the development of the Ukrainian small prose of XIX-XX centuries.

The staff of the newly created department worked fruitfully on the implementation of the state concept of national education of youth and the development of national dignity, determination and self-awareness of students. The main training courses at this time are the disciplines of Ukrainian studies, new educational literature is created: the manual “History of Ukrainian Culture” (O. Velychko, N. Shevel, A. Momryk, O.Redkina), sections to national textbooks “History of Ukraine” and “History of Ukrainian culture” (O. Velychko, N.Shevel). Literature for in-depth training of future physicians of Ukrainian as a professional language appears: “Medical term in the linguistic aspect”, “Medicine in terms and definitions”, “Explanatory dictionary of medical terms” (authors N. Lytvynenko, N.Misnyk). 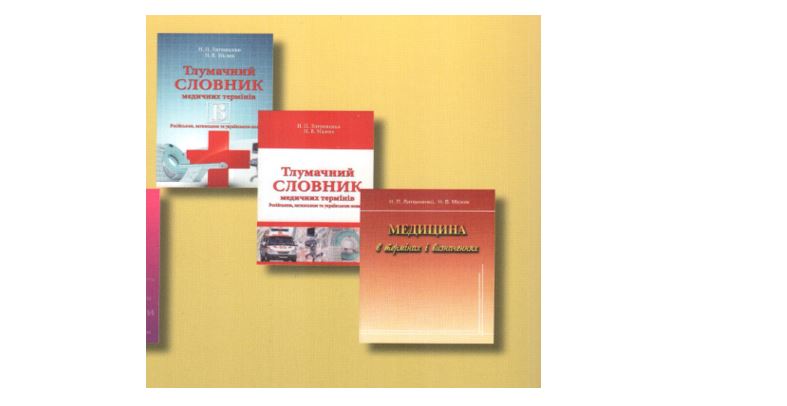 Since 2018 the department is headed by Doctor of Philological Sciences, Professor Nina Lytvynenko– researcher of problems of professional medical communication, author of the monograph “Ukrainian Medical Discourse”, scientific and educational works on the study of features of Ukrainian medical communication.

Today the Department of Ukrainian Studies provides teaching of such normative disciplines for the first course national students as “The Ukrainian language (professional direction)”, “History of Ukraine and Ukrainian culture”, and also offers students of different faculties the choice of studying of “History of Bogomolets National Medical University”, “Cultural Studies”, “History of the Modern World”, “World Civilization”, “Medicine and Art Culture”, “Medical Subculture”.

In 2018, for the first time in the history of the department, the teaching of the normative discipline “Ukrainian as a foreign language” for students of I-V courses was started. Teaching of the state language that is traditional in all developed countries has become mandatory not only for domestic but also for foreign students.

Initially, the department was subordinated to the Faculty of Medicine № 1, but since March 2017 it has been a part of the newly created Faculty of Training of Foreign Citizens. In March 2019, Head of the Department Nina Lytvynenko was elected as a Chairman of the Academic Council of the Faculty.

The Department of Ukrainian Studies also provides teaching of the Ukrainian as a foreign language course and the course of Country Studies for foreign students of the preparatory department, forming linguistic competence and facilitating the adaptation of foreigners in the new sociocultural environment for education in Ukraine.Disciplines “The Ukrainian language (for professional purposes)” and “Culturology” are taught to students of the Medical College of NMU named after O.Bogomolets, The Ukrainian language and literature – for entrants who are students of preparatory courses of the University.

The Department of Ukrainian Studies is a structural subdivision that provides training in those disciplines that contribute to the formation of the future doctor’s personality. A large professional team of the department works to improve the educational process, introducing the latest methods and techniques, discovering new facets of pedagogical skills in the paradigm of modern education.